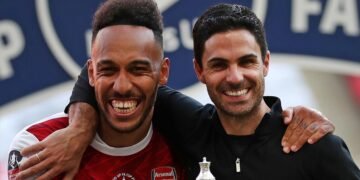 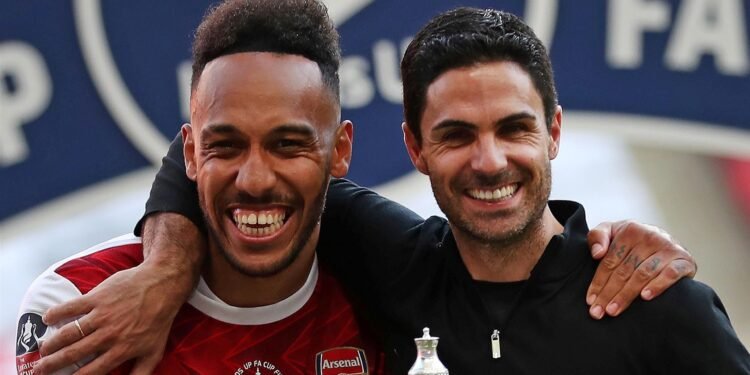 Mikel Artel Sure of Pierre-Emerick Aubameyang Future at Arsenal

Arsenal boss Mikel Arteta has expressed his confidence in former Burossial Dortmund striker Pierre-Emerick Aubameyang to sign a new contract with the Gunnars. The 31-year-old Gabon striker, who Joined Arsenal from Borussia Dortmund in January 2018, has a year remaining on his current contract.

Mikel Arteta said: “We have had some really good talks with him and his agent and I am pretty confident we will find an agreement soon. That’s my feeling.” The Arsenal boss is also “pretty positive” they will also sign Lille defender Gabriel Magalhaes in the current transfer window. Arsenal has been strongly linked with the 22-year-old and the Press Association reported the Brazil centre-back underwent a medical this week.

Former Arsenal captain Arteta, who took over from Unai Emery as AArsenal manager in December, said: “We can’t announce anything yet, the deal is not finalised.” He also said: “He is a player we have followed for a long time and hopefully we can get it done. Sometimes in the final stages, it is not as easy as it looks, but again we are pretty positive we can do it.”