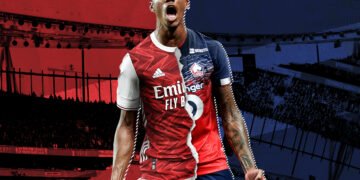 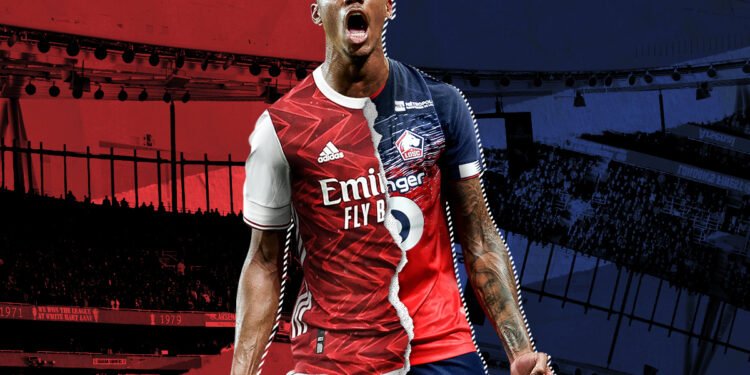 Arsenal has completed the signing of another Lille player, they have signed Brazilian defender Gabriel Magalhaes from Lille for 26m euros (£23.14m). The 22-year-old who is a left-footed centre back made a total of 34 appearances in all competitions for Lille last season and helped them finish in the fourth place position in the French Ligue 1 table.

The Brazilian is the second player joining Arsenal from the French side after Nicolas Pepe who joined two seasons ago and also the second Brazilan after Willian this summer. Gabriel Magalhaes has signed a five-year contract with the Gunners team. Commenting on the signing, Arsenal technical direct Edu said: “He is a player we have been studying for a while and he was in demand from many clubs.”

He also said: “Gabriel is a player of high quality and Mikel (Arteta) and his coaches are looking forward to integrating him into the club.” Arsenal boss Mikel Arteta also said: “We welcome Gabriel to Arsenal. He has many qualities which will make us stronger as a defensive unit and as a team. “He has proved with Lille he is a defender with many outstanding attributes and we are looking forward to watching him grow as an Arsenal player.”

Gabriel said he considered offers from a number of clubs before deciding to join Arsenal. “It was a very surreal experience, there were offers coming from a few different clubs,” he said. “I spoke a lot with my family and my agents, I also spoke with some of Lille’s directors but, as I said, this club’s history and traditions and the team project for the next few years were very motivational for my decision to come here.” “So here I am, wearing the Arsenal shirt I will give my best for it.”