BBNaija 2020: Erica Counts Blessings and Lessons From Her Unfortunate Disqualification

Pep Guardiola is said to be one of the best coaches in modern football. Ironically, many big players who played under him never liked him. The former Barcelona coach has coached three big clubs in Europe. He started his coaching career with Barcelona in 2007 before moving to Bayern Munich in 2008. Pep did four seasons with Bayern and then, moved to England to coach Manchester City in 2016. With all his achievements, he is hated by some top players. EverySport will be looking at ten major players who hated Pep Guardiola.

Brazilian Dante and Jerome Boateng were turning to be one of the deadliest defensive duos until Pep came. Dante and Boateng’s partnership was so good guiding Bayern Munich to win a treble, conceding just 15 goals in 34 games. The Brazilian was sold immediately Pep Guardiola came as a manager, the Brazilian was sold to Wolfsburg despite being a consistent starter in the center of defense. Later Dante came out to say that Guardiola was a tactical genius but really not a good person to relate with.

The Belarusian had a moderately successful spell at Arsenal, helping them reach a Champions League final. Hleb was one of Guardiola’s first signings at Barca alongside Dani Alves and Gerard Pique. Seven months into his career in La Liga, Hleb had only started five games and though they won the treble that year, he wasn’t happy to sit on the bench. He turned down a loan move to Inter Milan to return to his old club Stuttgart before somehow ending up at Birmingham. Hleb stated that Guardiola isn’t a great manager and is successful because he has the best team with the best players. He believed that Jose Mourinho, Alex Ferguson, and Wenger are far better managers.

Ibrahimovic is one of Guardiola’s biggest hater even with their time together at Barcelona. The first six months went well until tactics changed and the Swede was no longer the focal point of attack. Zlatan was played out of his position just so Messi could be in the attack. The attacker said: “Barca bought a Ferrari and treated it like a fiat.” Towards the end of his spell at the Nou Camp, Ibrahimovic spent more time on the bench and Guardiola stopped talking to him. Zlatan also said the same thing Dante said he said, “Pep Good coach bad person”

One player Pep Guardiola was following about was Yaya Toure. Yaya Toure emerged as of the brightest prospects in Europe playing in Greece with Olympiacos. Toure moved to Barcelona for €10 million and became the trusted engine room in the midfield behind Xavi and Iniesta. When Pep took over he changed the whole tactics selling off Ronaldinho and Deco and bought Busquets and Pedro. Busquets became a threat to Toure in the midfield, Yaya remained on the bench until Man City came in with a transfer bid.

He later reunited with Pep at Man City seven years later, and again Toure found himself on the bench. Toure left in 2018 and rejoined his old club Olympiacos.

One will wonder why a player who has never played for Pep hate him. Ozil hatred began after the 2010 World Cup where the German playmaker exploits had every big club in Europe trying to sign him. Barcelona was interested in signing him. However, Pep wasn’t that bothered, he was on vacation during the transfer window and never text or rang him. Ozil ended up signing for Real Madrid, making 47 assists in 103 league games under Jose Mourinho.

No one can argue that Eto’o wasn’t good enough for a Guardiola side. The striker won the treble in Catalonia in 2009 and won another treble the following season with Inter Milan, scoring 52 goals in two seasons. Reportedly Eto’o only spoke to Pep three times over the course of the season. In a strange transfer deal, Barcelona paid €46 million-plus Eto’o to sign Ibrahimovic.

The Croatian forward had a fantastic World Cup, helping his home nation reach the World Cup final. During this time in Munich, he was another quality player that didn’t suit Guardiola’s style of play. Mandzukic believed that the Spaniard treated him with disrespect and disliked his negative energy. He left Juventus and transferred to Atletico Madrid where he resumed his career as a prolific goal scorer. He said Pep is who manager he will never want to walk with ever again.

Hart was one of the major players that played a crucial role in Man City securing their first-ever Premier League title. During his stay in City, the shot-stopper was lauded as the best Premier League goalkeeper in the 2012 season and four golden gloves. As soon as Pep joined the club, Joe Hart’s position as the first-choice keeper came under threat. Claudio Bravo was signed for £17 million, not long after Hart was deemed surplus requirements and sent out on loan to Torino. Man City later paid £35 million to acquire Ederson. Joe Hart is currently the number one man for Burnley.

Four years after scoring the winning goal in a World Cup final, Gotze is struggling to turnaround his career. He’s now back at Dortmund after a disappointing end to his spell at Bayern Munich. While Gotze thinks Guardiola is brilliant from a technical perspective, on a personal level he lacks empathy. He’s a cold person that only cares about what happens on the pitch. German also stated he preferred playing Jurgen Klopp, a prime example of a manager with great people skills.

A graduate from the renowned La Masia academy, Bojan was once a promising wonder kid with expected to partner with Messi in the attack. Bojan made over 100 league appearances with a majority of them coming from the bench. He felt Guardiola didn’t give him enough opportunities to showcase his ability and left the club for regular first-team action. Currently, Bojan is still at Stoke City, where the Spaniard is now experiencing the thrill of football in the Championship. 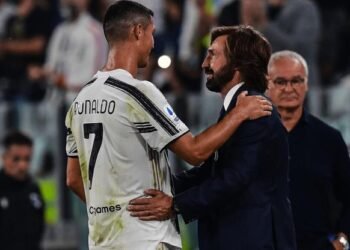 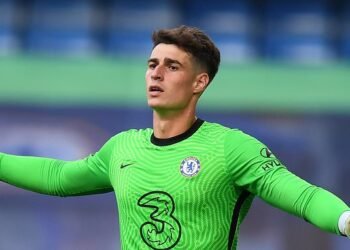