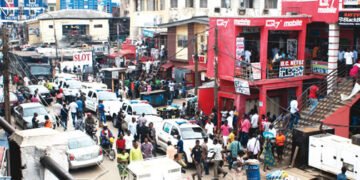 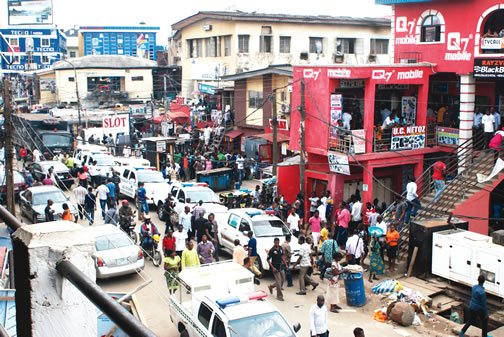 A video going rounds on the internet today is that of a beautiful slay queen who was caught in the act. She was caught while trying to steal an Iphone 7 Plus by concealing it in her private part.

The lady was seen in the video coming out of a mobile market and whisked away by security officers .

One of the witnesses at the scene says in pidgin English, ‘‘Slay queen, come thief’‘. According to reports, the beautiful lady hid the phone in her private part and somehow, she was caught.

The beautiful lady was then whisked away by security agent which include a police officer who helped to avoid any mob action in the busy marketplace.

However, onlookers made sure they filmed her by using their cellphones while she was being taken away. 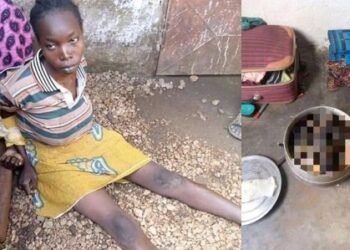