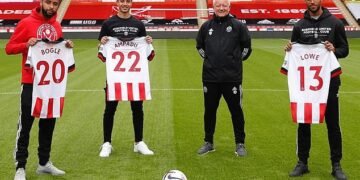 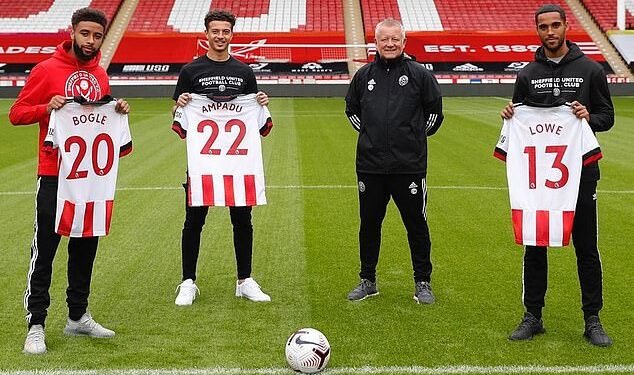 Sheffield United have completed the signing of three players ahead of the 2020/21 English Premier League season, they signed defenders Jayden Bogle and Max Lowe from Derby County, as well as a loan move for Chelsea’s Ethan Ampadu. English 20-year-old full-backs Bogle and 23-year-old Lowe join Chris Wilder’s side on four-year deals for undisclosed fees.

Wales 19-year-old international Ampadu who has made 13 appearances for his country, joins the Blades on a season-long loan from Chelsea. Sheffield United is still hoping to sign West Brom and Scotland 23-year-old winger Oliver Burke. It is believed they hope to use Republic of Ireland 25-year-old striker Callum Robinson in a swap deal for Burke.

Chelsea defender Ampadu spent last season on loan at German side RB Leipzig but was limited to seven appearances. On Ampadu, manager Wilder said: “Ethan is an outstanding young player for Chelsea, and we’ve worked really hard to get his signature for the season. “We need to thank Frank Lampard and the people at Chelsea for helping to make this happen. We’ve got a good relationship with them and they know we’re going to take good care of him.”

On the permanent signings of England youth internationals Bogle and Lowe, manager Wilder added: “I wanted to bring some young players in who will provide competition for places. “It was important we got the right characters, the right type of players, ones who are athletic and technically very good.”

Sheffield United have already signed two goalkeepers this summer Aaron Ramsdale from Bournemouth for £18.5m and Wes Foderingham on a free transfer from Rangers. The Blades will be hosting Wolves in their first Premier League game of the 2020/21 season on the 14th of September.