The musical show which is set to be aired online due to the coronavirus pandemic, ensuring social distance with fans would feature the musical icon as both the coach and a judge. The show is dubbed ‘Trophy Extra Special Band’ because it is the first of it’s kind to involve a band rather than single performers. There have been other shows which take single performers like Project Fame, Nigeria’s Got Talent, Nigerian Idols and The Voice Nigeria. There has been no musical show involving groups only.

This show would help highlight the beauty and relevance of live band performers, giving them a platform to gain recognition and popularity for themselves, while also helping the trophy extra special stout to entertain their existing and potential new customers with good performances.

To register for the show, you need to be in a band of at least 5 members and a solo singer then you follow the following rules;

At this point the posts would be watched by the legendary Tuface Idibia, where he would make a selection of ten bands that would qualify for the competition proper. The ten contesting bands would be then posted on the social media Instagram page of @trophystout for the audience to watch, judge and vote on the five bands to stay, and then out of the five bands left, Tuface would select one more band to join them, making it six bands in total.

The six bands would be coached by Tuface for a period, after which they would make another performance which would then be posted again for the viewers to vote. This would engage a selection process that would bring out three bands, the top three bands still left in the competition would then battle it out in the finals online, the winner of the show would be selected based on the band with the best vocal prowess, ability to entertain and the number of votes gathered.

The winner of the competition would be tagged the Trophy Extra Special Band, apart from cash and other prizes to be won by the top six contestants and the winner more especially, the winner would also take home a one year contract to perform as the official band for the trophy extra special stout for a year.

To avoid disqualification, the participating bands are advised to adhere to the instructions given carefully and to play fair in order to win, also social distancing guidelines are to be observed strictly.

Gulder Ultimate Search is Back After 7 Years Break

Gulder Ultimate Search is Back After 7 Years Break

Actor Uche Maduagwu Give Tips on How Tems Can Marry Drake

Gulder Ultimate Search: How to Apply and Criteria 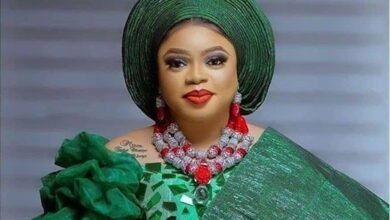