This is coming after a video of Venita, who is also an ex-housemate of BBNaija, surfaced online where she registered her displeasure on the lovers’ relationship.

Venita, who participated in the Season 4 edition of the Big Brother show tagged ‘Pepper Dem‘ is Neo’s cousin.

Reacting to Venita’s video during an interview, Neo said his relationship with Vee is personal and he cares less about Venita’s opinion.

In his words, “There is no circle anywhere, Which circle are you talking about? Anybody can have an opinion about anything. Where you can really hold on to it is when it affects you”.

“A lot of people have the same mentality, but what is between me and vee is between us” he added.

Neo and fellow finalist, Vee, were an item during their days in BBN house.

BBNaija Update 2021: Pere, Liquorose Reveal What They Would Have Done to Nini Upon Return 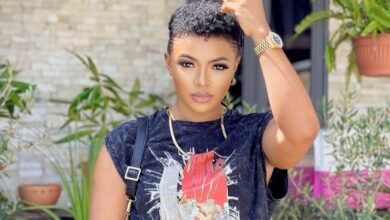