Man Like Mike: Winning Big Brother for the Legacy

Man Like Mike: Winning Big Brother for the Legacy

Mike is still in the Big Brother House after an intense and tumultuous week of emotions and evictions. That says quite a lot about his character but more importantly, he should be thankful to all his fans who are keeping him in the house. The theme of this year’s Big Brother is “pepper dem” and so far so good. We have seen a lot of pepper in the house especially with all the romantic crunches and emotional drags.

In all of these, however, Mike Edwards has remained unfazed and unmoved. His charisma shines through all the mess in the house. This does not mean he doesn’t get into it when he has to. Mike has had several unhappy times with the housemates – with Frodd, Tacha, and others, but he has always been the calmer fighter. Despite his charming attitude many Big Brother Naija fans still know very little about his background.

Some background on Mike Edwards

Mike Be Competing in the Tokyo 2020 Olympics

There are rumors flying around that Mike might actually compete in the 2020 Olympics holding in Tokyo, Japan.

Is Mike Nigerian Enough to be in the Big Brother Naija House?

So many people are asking this question because Mike is half Nigerian. The obvious answer is a bold YES! Mike has always wanted to be part of the Nigerian culture both as an individual and an athlete.

In April of 2018, he was barred from competing for Nigeria at the 2018 Commonwealth Games in Australia because he represented Britain at the European Junior Championships in 2009.

The following are quotes from Mike’s interview with ACLSports.com on which country he wants to pledge his sporting allegiance to.

Why would I want to miss an opportunity like this? It’s a life time opportunity and I wanted to take advantage of that to be a Nigerian high jumper. To be a part of a growing legacy; it means the world.

The fact I am able to be here and to inspire the generation to come in the next circle that was all it was all about. Hopefully, someone was watching and would want to mimic what I did and even better. Legacy is everything.

To create something new you have to do something you have never done before and when you do that you will definitely ruffle some feathers. I am a very direct person who stands for what I believe, self-determined, self-made athlete when it comes to certain things.

Something like this is what I have been preparing for and it is just something that would help me develop as an athlete, as a man and build my maturity.

If I did create some enemies then they were my peers, to begin with that’s how I see it and what I did would create an opportunity for other people to follow my footsteps. If I created enemies then so be it.

On why it took him so long to make the decision, he added:

Maturity, I was still very young I was just looking at today and not the future and once I realized my future and my ties here to Nigeria was much more than the surface it was an easy decision. I am 28 now I expect to keep pushing on to that next level and hopefully you all will see more of me.

Nigerians Will Definitely Be Seeing More of Mike!

Mike Edwards finally got the chance to represent Nigeria at the 2018 African Senior Athletics Championship in Asaba after initially failing to secure a switch from England.

Talking about seeing more of Mike Edwards; Nigerians have definitely seen a lot of him even now that he is very close to clinching the Big Brother Naija prize.

Just this past week Mike was up for eviction from the house with four other housemates Cindy, Tacha, Elozonam, and Ike. Out of the five, only Mike is standing tall quite literally because, you know, he is tall and cool.

Will Mike Win The Grand Prize?

The die is cast and Mike has made it to the final week of the house. There are currently six housemates in the house – Omashola, Frodd, Diane, Mercy, Seyi and of course Mike. For them to still be in the house means one thing; they the best. Results from online polls suggest that Omashola may clinch the win; but those results have no bearing on who is actually going to win.

I strongly believe that Mike has all it takes to win the grand prize. He has the charisma, charm, and finesse of a superstar. He already has a growing business that will benefit greatly from winning this year’s prize. Also, due to his sophisticated affinity for fashion; he does have the potential to channel the funds into new entrepreneurial areas that could be really good for the Big Brother Naija show. 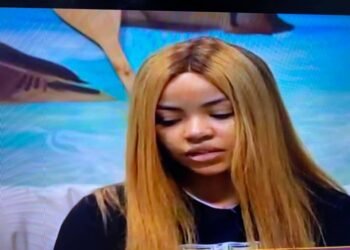 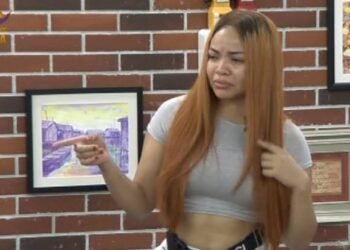 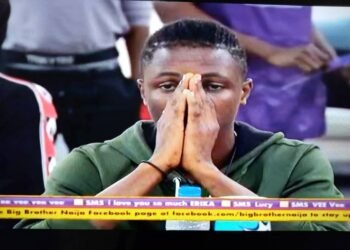