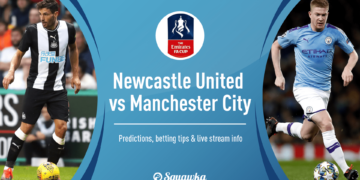 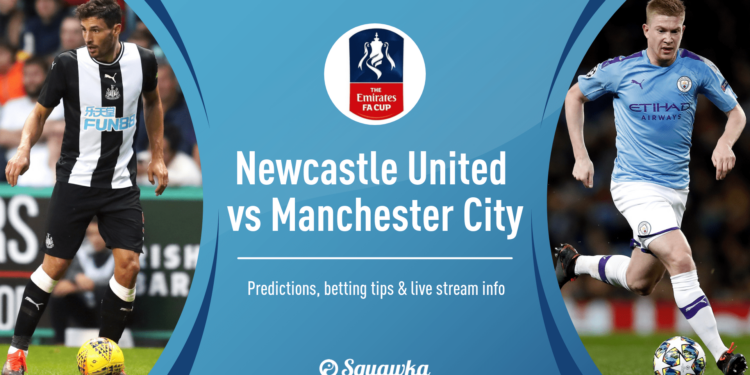 After failing to defend their Premier League trophy, Man City will be fully focused on the FA Cup in the remainder of the season. Man City is eager to win at least one title in the 2019/20 campaign, and, no doubt, they will go all guns blazing at Newcastle United in the FA Cup quarter-finals.

The Citizens will be playing without their key attacker Kun Aguero who is in the recovery room nursing injury, Pep Guardiola’s men are seen as hot favourites to win the Sunday FA Cup quarter-final clash. The Magpies have defeated the likes of Rochdale, Oxford United, and WBA on their way to the quarter-finals, but beating Man City will be easier said than done.

The last time the two teams met in the FA Cup back in 2002 Newcastle United defeated Manchester City 1-0 thanks to Nolberto Solano’s goal, but Manchester City have been beating Newcastle United in the English Premier League since then, so right now this means an FA Cup revenge for the Citizens. The will surely be hungry for revenge, centre-back Fernandinho is banned, with Nicolas Otamendi likely to step up to coordinate the defence line.