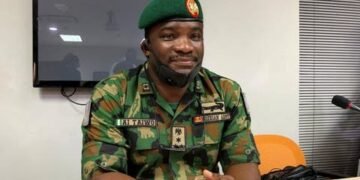 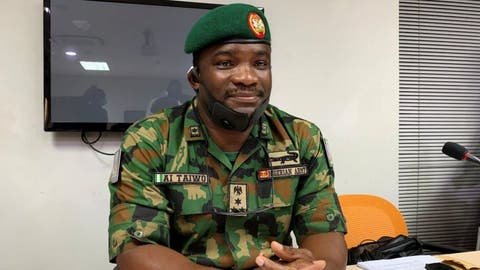 The Nigerian Army has denied using live ammunition on EndSARS protesters at the Lekki Tollgate on October 20.

Commander of the 81 Division, Brig.-Gen. Ahmed Taiwo stated this while speaking before the Lagos Judicial Panel of Inquiry.

Gen. Taiwo said the military fired blank ammunition into the air to disperse protesters on the night of the alleged shooting.

Taiwo revealed that Blank ammunition is slower and can do no damage to the flesh.

He, however, played footage which showed soldiers standing in front of singing protesters and firing their weapons into the air.

According to him, there would have been a lot of fatalities if the 600m live ammunition were used to disperse the protesters.

He added that troops had managed to disperse most of the EndSARS protesters.

Meanwhile, Taiwo through the counsel of the Nigerian Army, Mr Akinlolu Kehinde (SAN), presented four spent blank ammunition to the panel as evidence.