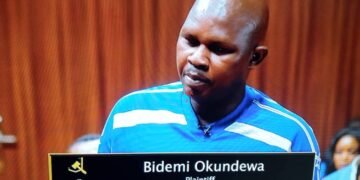 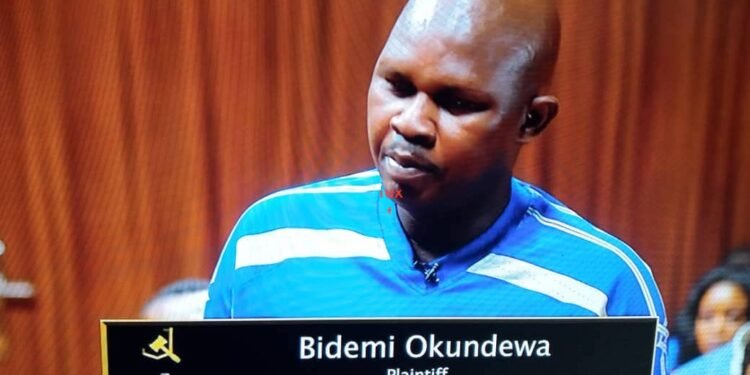 A Lagos landlord has dragged one of his eleven tenants to Ebuka`s Judging Matters for Justice Olusola Williams to intervene in a matter that could lead to a full-blown fight if not attended to in time.

The Plaintiff, Mr Bidemi Okundewa, who is the Landlord is suing Mr David his tenant for owing him a year house rent to the tune of N96,000, but living large.

The Plaintiff while addressing the court said, he inherited the house and the tenant in if from bis late father, but unfortunately, he also inherited Mr David, one of his tenants who has refused to pay his house rent for a whole year.

The Landlord narrated how his tenant got a new car and has also been living large, as his wife cooks meals with nice aroma yet has refused to pay for the house he lives in.

Mr Okundewa said, “I inherited this house plus all the tenants in it from my late father, I don`t have a problem with the other tenants except for this man. Every time I ask him for my money, he speaks grammar I don`t understand.

“He just bought a new car and his wife also cooks good food and the smell will full the whole house. My children are out of school and I need to pay their school fees, I need my money to take care of my family. He is eating more than his landlord, how can a tenant be enjoying more than the landlord?”

Mr Okundewa also alleged that Mr David is not a neat person, and he and his wife were alleged to dump refuse inside the compound.

In his defence, Mr David said the car he got was a gift from one of his friends who pitied his condition after he lost job and life became too hard to cope with. According to him, he was not aware of the refuse the landlord said littered the compound.

In her judgement, it was wrong for Mr David to own a car and live large without paying his house rent for a whole year. Justice Olusola Williams ordered Mr David to immediately clear his bills.