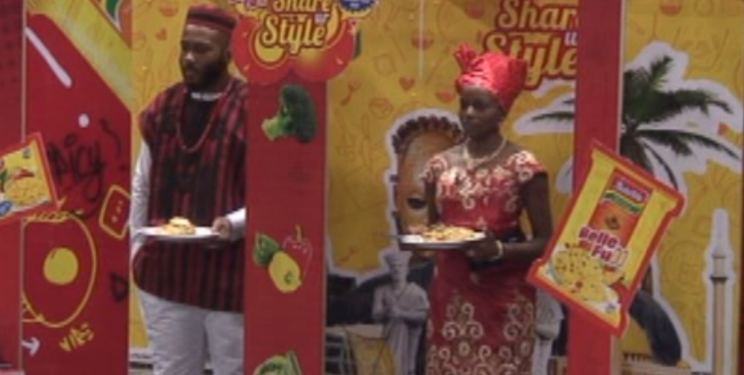 Kiddwaya and Wathoni have revealed their cultural flaws on the BBNaija 2020 lockdown reality TV show. It was not such a huge surprise, but they were all to get into some details about how much they do not know about the cultures.

During the cooking and cultural showcase task given to them yesterday, Kiddwaya and Wathoni were paired together and at the point of presenting, they both unveiled their cultural flaws.

Kidd mentioned that he cannot speak his local dialect yet, but gave them hope of a better day. “ I can not speak my language yet, but don’t worry we will get there.”

Also his teammate, Wathoni said she is from Anambra state but can not speak more than a few words in the language. She also said that she understands the language to a level.

Wathoni was not born in Nigeria as she lived most of her live in Kenya before relocating to Nigeria with her parents. Kiddwaya also lived for years in the United Kingdom at a young age.

However speaking of mother lounge has been encouraged amongst Africans especially Nigerians.

Access Bank Reveals Cause Of Fire Outbreak At Its Lagos Branch