Rapper, Chase Snow, in this interview, gives concrete reasons why an up and coming artiste must have an alternative hustle to complement the music and defines the stage where rapping could be considered as a sole profession in making a living…

Let Those Fans Yet To Meet You Know Your Name;

My name is Chase Snow, also known as Badboy Chase, I am an FCT rapper based in Abuja, Nigeria. I rep Kubville (Kubwa) precisely, cuz that’s where I started my arts from and my fanbase is mainly in Abuja as well. I’m an Auchi guy from Edo State, and did my schooling at the University of Abuja, Bsc Chemistry

Why Did You Venture Into Music?

Why I started music is that the rap game chose me cuz everywhere I go people already perceive me as a musician and they approach me like someone that has been in the business for long. And of course, I like music, I picked interest in music and my role model till date is 50cent and Young Jeezy. Music is a good thing for me and I find joy in practising the art form.

What Major Project Have You Embarked Upon?

I’d say one of my major projects is the EP I released a year back, but the first track I did, funny, it was with you interviewing me now, I was known as Big Jeff then and I featured Dino and the track was titled ‘G-Till-I-Die’ and that was like the first time i heard myself which felt like a really huge motivation, so I did some other singles that I lost over the years since there was no proper means to save them at the time.

Like I said earlier, officially, my first EP was titled ‘EXODUS’ and featured acts like Dj Showboy, covered everywhere around the Abuja neighbourhood and it was produced here n the FCT. The likes of Mr Scholes was the major Producer of the Album.

Tell Us About The EP

There are up to ten (10) tracks recorded in the EP and fans can still go check it out online by visiting audiomack and searching for Chase Snow- EXODUS, and as for the particular track that did the magic for me, I think my fans would be in a better position to pick the best song on that EP, but personally, I think the whole tracks on fire.

There were songs like E Don Cast; Where You From; Sometimes; Free; Sure For You; Girlfriend; Broke Till I Die which featured Yung Slick; and a couple of other tracks.

Do You Write Your Songs Yourself?

Yeah, I write all my songs myself, specifically, I’d say music should be about you writing something about yourself, because it makes you express yourself better, you know how to pass the message yourself and even more better. I can beat my chest and tell you that there’s never been any ghostwriter to create my music for me, cuz any line, punchline or lyrics has always come from me and I am a ghostwriter to myself.

For another person to write on your behalf affects originality, and I really don’t understand how it works, I still even doubt if it’s true because it makes no sense to me.

How Do You Think Nigerian Fans Perceive Rap Music?

Nigerian fans and rap abi, Nigerian fans dey hear rap well well ooo, asin we dey feel like say our youths no dey hear am but omo, you see guys vibe to 2Pac, 50cent and a whole of other rap albums, but its just that Afro and DanceHall is mainly our thing.

This question feels like you asking me if any Nigerian youth is educated, and education as we know if from the western world, and more percentage of Nigerians today are educated, which in turn, means that a considerable number of music fans listen to rap or hiphop. Also, Nigerian fans appreciate and listen to good music, not just rap.

Another thing is that it depends on the artistes. for instance, if there’s a competition between the rap and the afro world, most rap artistes easily fall off which is why the afro world and other music genre keep dominating because of the competition that favours the latter music.

So I’d say the artiste is the one responsible for pushing their contents, cuz if everybody is rapping, it just means every other person would be forced to listen to rap, but as there are other options that gets listenership more than rap in Nigeria.

But Remember the time of M.I, Ice Prince, Naeto C, SauceKid, and so on, there was just no way you would listen to music without rap.

What We Do Here As Rap, Could You Say Its At Par With Our Foreign Counterparts?

We are almost there. I’d even say that we are there already, but for the afro genre of music, not rap, because even the likes of South Africa, they are even more recognised worldwide for rap than Nigeria. The reason is that rap for the foreign artiste is like part of their culture as it’s what the rappers have been doing and people are quite used to it already.

How Have You Been Coping With Expenses for Your Music?

It’s by God’s Grace and music generally requires money because after putting all the work in the studio, you will later need people to hear the song. Well I’d say concerning the welfare, the expenses, an artiste shouldn’t really feel the pain or let the spending bother him/her cuz it’s a sacrifice for the movement, cuz no matter what you put in, you are going to rip, as they say, you rip what you sow. You shouldn’t let the outcome discourage you because it will affect your zeal.

How Well Do Promoters Treat Up and Coming Artistes?

Promoters and up & coming artistes relationships is kind of relative cuz as for me, after my performance, whatever you have to give to me doesn’t really matter.

What’s Your Biggest Achievement So Far?

For now my biggest achievement was my performance at Eko Hotel last year December alongside Naira Marley and different artistes who were present at the event. And the kind of music I do, based on the fact that there are different kind of musics and different type of sounds with their different messages, I simply appeal to hiphop fans.

Can You Take Rap As Your Only Profession, Source of Livelihood?

No, no, np, I can’t take rap as my only source of livelihood or my only profession, cuz even if some people would say to me that I can actually make a living through rapping, on the other hand, I know how to hustle, I’ma hustler, I don’t really depend on rap for money, but when it comes to me getting a million naira for my performance, then I might just consider it as a sole profession.

Every up and coming artiste should have an attach hustle, an alternative means of making money and it helps you get really creative since there is rest of mind.

Where Do You See Yourself In The Next 5 Years?

Music or no music, in the next five years, i’m going to be a big man, i’m gonna be rich. But I will still show my fans that started with me from the beginning that there is hope through my music and i’ll still be relevant as my face go still show.

Advise For Fellow Up & Coming Artiste?

Wa all should not put all our eggs in one basket, you know, we should have an alternative hustle just in case music doesn’t pay, or you falling off music, just know that you can still be there behind the scene or in the cycle as musicians are really affected by age and time, but this shouldn’t discourage you, just ensure you mix you music with other hustles. 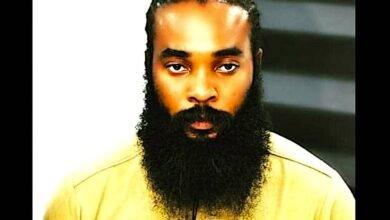 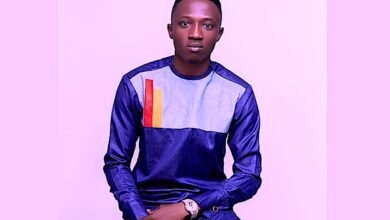 January 21, 2022
Facebook Twitter WhatsApp Telegram Line
Back to top button
Close
We use cookies on our website to give you the most relevant experience by remembering your preferences and repeat visits. By clicking “Accept All”, you consent to the use of ALL the cookies. However, you may visit "Cookie Settings" to provide a controlled consent.
Cookie SettingsAccept All
Manage consent