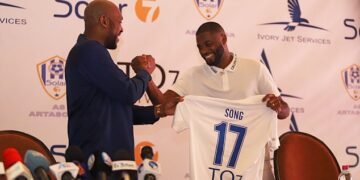 The 33-year-old midfielder, Song, who has signed a two-year contract with the Djibouti Premier League outfit, was presented to the public on Thursday 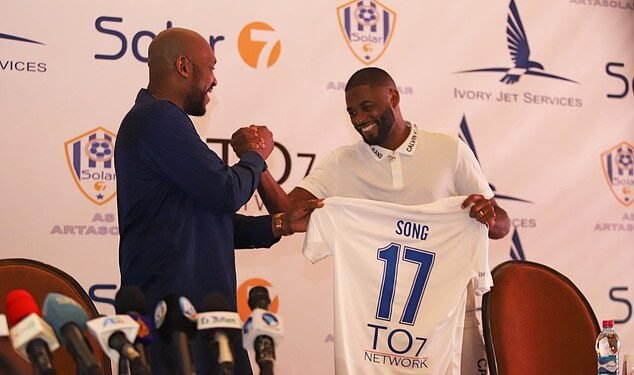 Alexandre Song has been officially unveiled as AS Arta Solar 7’s newest player on Thursday morning, after signing for the club in the Djibouti Premier League.

The former Arsenal and Barcelona star arrived in the country on Wednesday and penned a two-year contract in Djibouti City to begin life as a player for the 2019-20 Caf Confederation Cup campaigners.

Song was among the players fired by Swiss top-flight side Sion in March for refusing to take a slash in salary following the outbreak of Covid-19.

Apart from his playing role, the former Cameroon international will be expected to help with the team’s youth development.

Song has been handed the No 7 jersey and his presence is expected to boost the Stade El Hadj Hassan Gouled giants in next season’s Caf Confederation Cup, where they face Egyptian Premier League side Arab Contractors in the preliminary round.

AS Arta Solar 7 crashed out of this year’s edition of the continental club competition after losing 4-1 on aggregate to Sudan’s Al-Khartoum.