Factions of Erica, the BBNaija star and actress seem not to be in good terms as they try to cope with some major changes.

Tweets flying around on Twitter especially among “The Elites” who are basically Erica’s fans and “Shipper” or “Kiddrica” who are fans of in support of her relationship with Kiddwaya her BBNaija love interest.

As it is, the factions are trying to wake-up to the new reality that the two lovers might not be together anymore.

While some of them fighting for space with Erica, as the name Kiddrica might not be leaving up to expectation anymore, others think life should just go on.

One of the elite made a tweet confirming that there are frictions between the factions.

“@Melanieempress wrote; “Some elite are pushing shippers away it’s draining , they should allow people support who they want to support. it’s well people are tired , exhausted , one quarrel or the other”

Another fan wrote; “Can’t we all coexist, live peacefully and support her? Is that too much,? You guyssss Pls Queen don’t get bored with us”

With the way tweets were been made against one another, Erica swung into action in a bid to call for peace.

She made a short tweet, to make the different factions understand their space in the scheme of things.

Her tweet, “No supporter of mine is more important than the other. Y’all are no longer fun”

Saying her fans are no longer fun, also hurt some of them who have expressed their displeasure and the rets are still bantering words on which faction should stay or go. 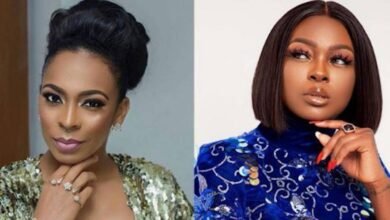