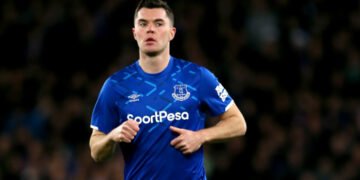 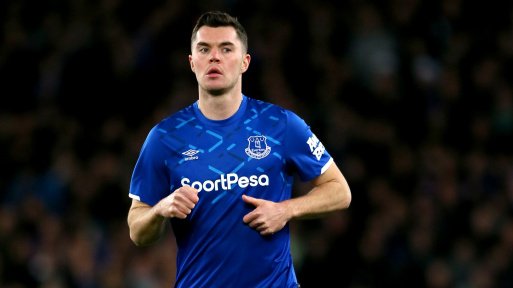 Everton centre-back Michael Keane has signed a new five-year contract with the Goodison Park club, with the extension he will remain in the club until 2025. The 27-year-old, who was recalled to the England squad last week, has committed his future until the end of June 2025. Keane has made 94 Premier League appearances and scored three goals since signing from Burnley in the summer of 2017.

Michael Keane said: “My best years are definitely ahead of me.” “I have loved my three years at Everton and am looking forward to seeing what the future holds. I’m hoping we can kick on this season and make the fans proud again.” Keane also paid tribute to the influence of Toffees manager Carlo Ancelotti, who took over last December from Marco Silva and he has guided his side to a 12th-place finish in the Premier League.

Michael Keane also said: “I am learning every day on the training pitch with the manager and all his staff.” “They have been brilliant and really got across the way they want us to play.” “The manager is one of the best there has been.”