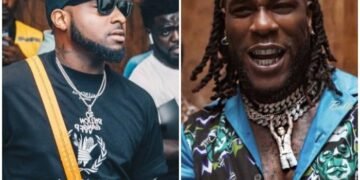 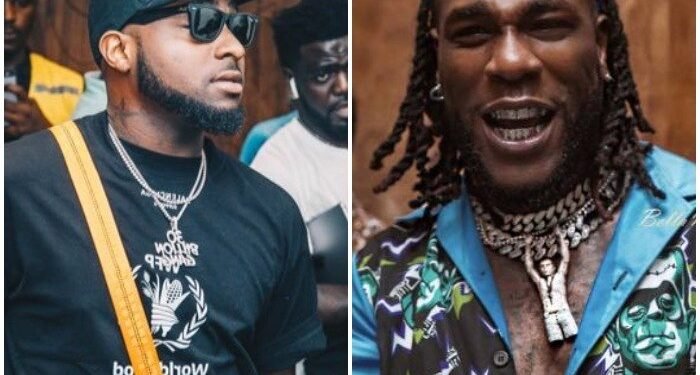 Davido has responded to the alleged jibe thrown at him by fellow singer, Burna Boy.

The Nigerian music superstars have been on loggerheads for sometimes as they battle for supremacy. They had thrown jibe at each other via social media and their songs which has got their fans talking.

Recently, Burna Boy made a tweet which he wrote “Floppy Disk”. This was after Davido had released one of the singles off his album, ‘A Better Time’.

This led to Twitter war as Davido’s fans reacted to the tweet and got fans of both artistes clashing once again.

Davido, reacting to questions about his newly released album, ‘A Better Time‘, however, responded to the tweet during a recent interview.

The ‘Fem’ crooner was asked about the album which made him unveil his son, Ifeanyi, as the album cover. He quickly responded to the question, and said, “first, my album is not a floppy disk”

This got the presenter laughing as well as the people in the studio with them.

Meanwhile, Nigerian rapper, Yung6ix had urged both artistes to put their beef asides to prevent their loyal fans from taking it to another level.

Adekunle Gold To Cause Trouble Over Money