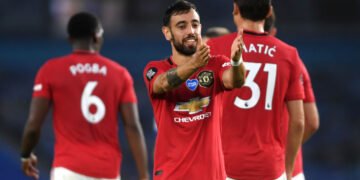 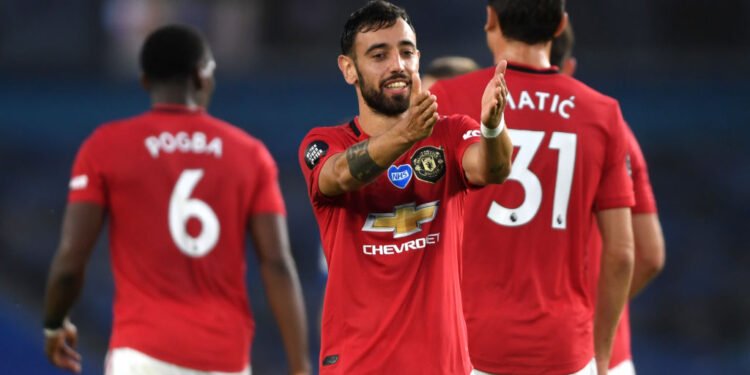 Bruno Fernandes and Mason Greenwood helped Manchester United brushed Brighton 3-0 to restore United back in the fifth and keep their top-four hope alive. United are doing all they can to return to the Uefa Champions League with tonight’s win they are now five points behind fourth place Chelsea in the English Premier League.

Ole Gunnar Solskjaer’s side totally dominated the contest at the Amex Stadium and extended their unbeaten run to 15 games to move up to fifth in the Premier League, two points adrift of Chelsea. Teenager Mason Greenwood opened the scoring after he bamboozled Seagulls defender Lewis Dunk with quick footwork and drilled in an accurate opener for the visitors.

Manchester United was ruthless in the final third as midfield playmaker Bruno Fernandes, who won the man of the match award scored the second before adding the third in the second half of the game.

Bruno Fernandes volleyed in a cross from Mason Greenwood to seal the victory as Manchester United victory. Brighton did pose some threat in the second half but David de Gea made a flying save to deny Aaron Connolly as Graham Potter’s side remain in 15th place, six points above the relegation zone.