The 2022 BBNaija ‘Shine Ya Eye’ Reunion show was not devoid of its usual drama, controversies, glitz and glamour, as it reached its crescendo on Friday.

The housemates now have a breath of fresh air after over a year of participation from the Big Brother’s House to the Reunion show.

The last episode of the BBNaija Reunion, which aired on Friday, was with mixed emotions from fans, housemates and shippers alike.

Despite some positive reviews, season 6 of the show was not without criticism, as many felt it was boring compared to the previous seasons.

Other factions maintained that the fights and quarrels were forced, while some moments at the reunion were scripted.

During the reunion, shippers were left disappointed because the captains of their ships decided to sink it.

Liquorose and Emmanuel could not find a resolution to their differences, with Emmanuel denying their ship ever existed, stating they were just friends.

Heartbroken Liquorose stated categorically that they were dating and their relationship was explicitly defined.

“If you’re going to sit down here and make me look stupid, shame on you bro!,“ Liquorose fires back at Emmanuel.

The Arch Angel finally nailed their relationship to the Cross because the energy radiated was not enough to sustain the ship.

Despite Cross pleading his case with Angel, stating how he has supported her family, Angel said it was for them and never her.

The winner of the ‘Shine Ya Eye’ season, Whitemoney, was voted to be the most scripted housemate and was never available to mingle with his fellow graduands.

Fearless Beatrice chose the night of apologies to shoot her shot at General Pere despite Maria being in the picture.

She noted that she was irresistibly beautiful and would get any man she sets her eyes upon, irrespective of his relationship status.

Calm and mild Yousef disclosed that BBNaija made him wiser and smarter, while Jackie B revealed how the goal was to challenge herself, which she undoubtedly achieved.

Peace, on the other hand, feels being in the house with different people from different backgrounds was a highlight for her.

Loverboy Saga believes true love is achievable in Big Brothers’ house, as he experienced it first hand by getting to know people for who they are.

Only time will tell if Saga and Nini will decide to take their situationship to the next level by joining the leagues of other successfully married couples who graduated from the show.

The ever-gallant anchor and show host Ebuka Obi-Uchendu revelled at the moment by appreciating the housemate for their esteemed support throughout the show.

He further stated that the ‘Shine Ya Eye’ season was a benchmark of records as they had over 1 billion votes from fans all over, the highest ever recorded.

The ‘Shine Ya Eye’ season ends, but BBNaija continues as auditions or Season 7 is opened for the next set of housemates. For more eligibility information, click here. 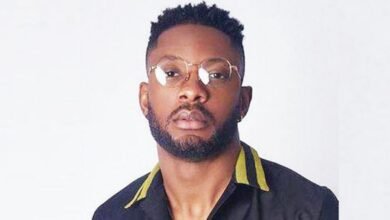