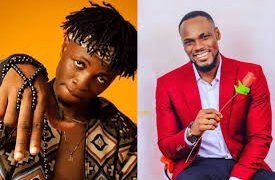 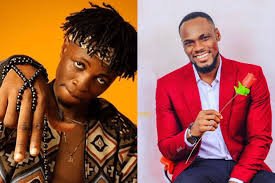 Laycon is not happy with how Prince chooses to eat his food.

Laycon has called fellow BBNaija 2020 housemate, Prince a herbalist simply because of his unpopular meal choice at least Laycon thinks it is. The conversation stemmed from Dorathy mocking Laycon for eating burnt bread and Laycon in defence said that his meal choices were way better than Prince’s who was guilty of boiling ripe plantain.

According to Laycon, boiled plantain is strictly for frying and it was weird that Prince had a habit of boiling them. He then said, “ I’ve told him before he is a herbalist, who boils ripe plantain?”

Laycon said this while he was having a breakfast of burnt toasts, eggs and tea but the bread was toasted beyond the ordinary as they looked crusty and burnt. He even had to scrape the black parts off the bread before eating most of it which even made the whole situation more hilarious for Dorathy.

It was as though Prince could tell that Laycon was talking about his plantain-boiling habit because barely 30 minutes after that conversation, He came out to make his regular breakfast of ripe boiled plantains and eggs.