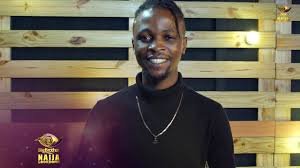 Laycon has had a close shave at winning a couple of things in the house with the most recent being the Head of House challenge on Monday. He was just one die roll away from the winner who happens to be his one-time love interest, Erica.

Just this afternoon, Laycon said that the prize he won from the sponsored Tuesday task was worth more than the Head of House position which provided the winner with immunity from eviction for that week. He said,

Minutes before he made this statement, the current Head of House, Erica had announced that Laycon, Vee and Nengi just won themselves N1 Million naira each and an all sponsored trip to Scotland by the whisky brand.

After performing the task on Tuesday, Biggie brought the results today and that was when it was announced that Team Gold Label had won the challenge.

To Laycon, this win is more than enough consolation for missing out on immunity from eviction this week. Would you rather get an all sponsored trip and N1 Million naira or secure your spot in the house for the week? Let us know in the comment.