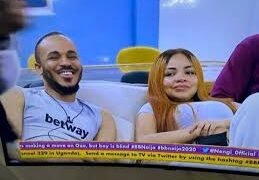 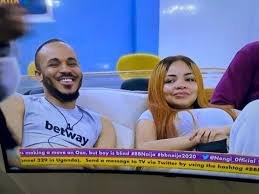 The BBNaija Saturday night party definitely has a way of bringing out the worst in people. While some housemates were threatening fire and breaking up, Ozo’s feelings were heightened making him propose marriage to Nengi.

Let’s start from the top. Recall that last night Ozo was under the influence of alcohol and went to sleep immediately after the party. He couldn’t sleep for long though.

While Neo and Vee were blowing hot, the noise from that quarrel woke Ozo from his slumber. After he got up, he called Nengi aside to have a conversation. He asked her about the attitude she displayed during the day and Nengi told him that she just felt the energy was low in the house. Eventually he cleared the issue of bad energy from him and went ahead to say,

“One thing I know above everything else is what I said when we were in the box room, you are the one person I know that I really want to spend the rest of my life with and it is true.”

Not sure if he was still under the influence, Nengi dismissed his proposal and even told him that they don’t have the kind of relationship that involves marriage and she even asked if it was the alcohol that caused his burst of emotions. Ozo tried to convince her that he was serious and meant every word but Nengi was not convinced. Oh! the power of gin.