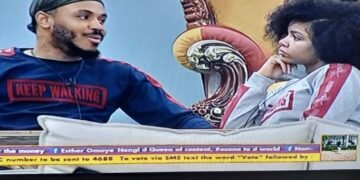 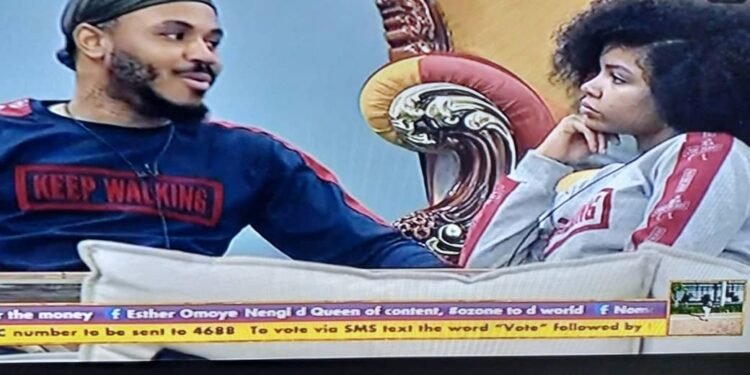 Ozo and Nengi can not be called an item in the BBNaija house yet, but Ozo he is already seeing the future and trying to ensure that thing go well if he marries her.

After a phase of their task on Tuesday evening, Ozo and Nengi had a private time talking and he took time to admire the full, fluffy and curly hair that adorns her beauty.

Ozo touched the hair severally and could not hold what he feels after having a fell so he said, “with this hair, family planning! If not they would be asking your children why is your mummy always pregnant?”

This statement was so funny and Nengi began to laugh and hitting him for making such a joke about her hair. Ozo stressed that he so much likes her natural hair and it obviously looks like one of the things that attracted him to her.

He told her how he felt weeks ago when he watched her weave her hair by herself, though they were not so close and not in constant talking terms. Ozo said he admired the hair from afar and could not but wish more than just watching it.

He insinuated that Nengi’s beautiful and natural hair is something that could bring up more sexual desires from him to her, which could lead to the both of them having more children than they wish or plan to have.

Please is Ozo dreaming, prophesying, or already seeing into the future?