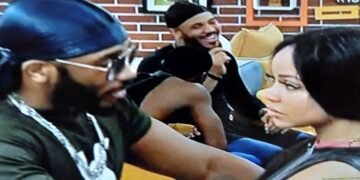 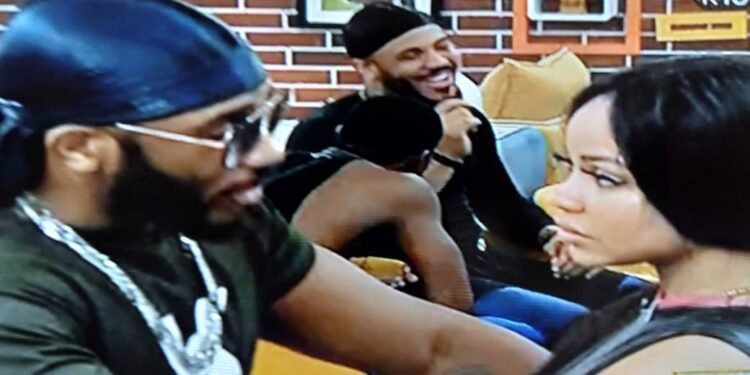 Ozo and Nengi had a quick chat where he challenged her about seeing her with Kiddwaya in the toilet with her cloth zipped down.

After the Saturday night party where the housemates had a nice time, Ozo and Nengi moved to the Head of House lounge and he asked her why she was in a position not so cool for him.

He asked her what she was doing in the toilet with only Kiddwaya and the scene looked suspicious because her cloth was not well zipped.

In her defense, Nengi told him that he only needed Kiddwaya’s her to zip her cloth for her after she was done easing herself because she could not do it herself.

She also told Ozo that she was aware that he came into the restroom and Neo also came in that same time. Nengi said she would have behaved differently when she noticed that Ozo was in the toilet if she was doing something intimate with Kiddwaya.