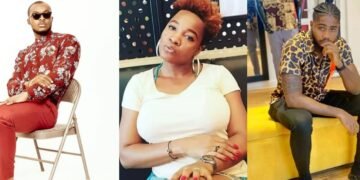 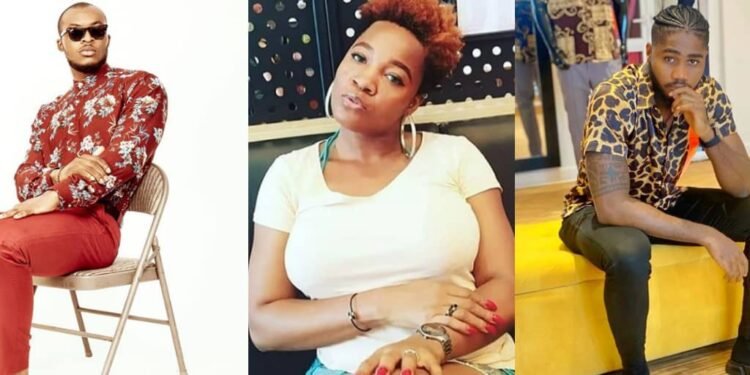 Lucy and Praise were almost an item in the BBNaija 2020 house, she shares how their romance started

Lucy Edet was the tenth housemate to be evicted from the Big Brother Naija Season 5 house. The 30-year old cook spent 7 weeks in the house, giving us the content that we asked for and will surely be missed in the house. Did you think that Lucy’s drama will end after the eviction? Well, it didn’t. The drama queen gave us some spicy details about her short relationship with Praise in her exclusive interview with the show’s host, Ebuka Obi-Uchendu.

He asked her how she went from fighting with Praise to sharing bed and exchanging subtle touches. To this question Lucy said, “I actually liked him from the first week but when I saw that Ka3na liked him, Stepped away.”

She continued to the part where she did not have a cordial relationship with Praise because he was rude to her and always pitched the other housemates against her.
She said for a couple of weeks, she did not speak to him until he approached her and asked his offence. After she told him and he apologised that was when they started growing friendship and more.

Lucy confirmed that Praise and Ka3na got down and dirty saying that praise confirmed it to her and that was when she realised that she was the only one considering his family outside the house. She said that looking at the situation made her realise that she should apply to be Praise’s lover in the house since there is an opening in his heart and he was available to be used. According to Lucy, “I was actually considering him, I didn’t know he was taking offers.” LOL! Well, the voters did well to nip that romance between Lucy and Praise in the bud, although depriving us some content.

Ebuka also asked her if there was another guy she would have loved to tango with in the house and she said no but on a second thought mentioned Eric if he was darker-skinned.

Mason Greenwood Apologises for his Offense