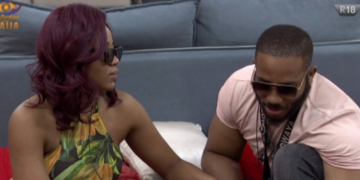 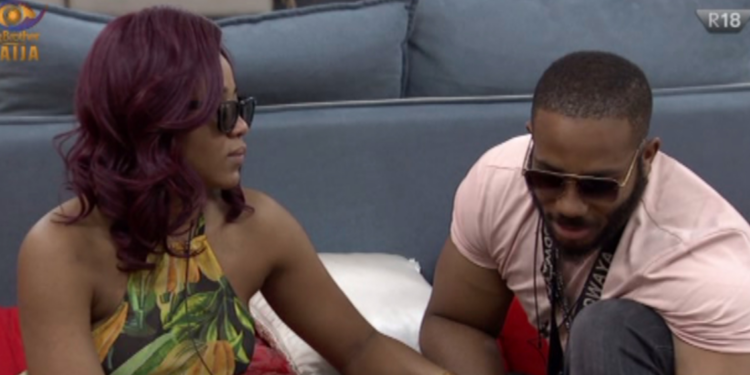 Kiddwaya and Erica have gotten a new strike from Biggie while his babe Erica also got a strong and last warning for an offence Biggie was he was not going to let slid.

Biggie summoned the housemates to the living room and they were all scared and hoping they have not done anything wrong to Biggie, and he opened up Kiddwaya and Erica’s cases.

According to him, the two housemates were caught on camera flipping their fingers to the camera while they were in the Head of House lounge. According to him, this happened on the day they were both issued a strike for going against the HoH lounge rules, but he decided to let it slid.

The two of the were seen in a video clip played by Biggie where they both did their fingers in a way the means something vulgar.

The first person do that was Kiddwaya who raised his index finger to the camera and later Erica did hers too.

Biggie said he decide to bring the issue up today because Kiddwaya did the same thing to the camera yesterday, meaning that he chose to disrespect him and the viewers.

To that end, he gave Erica the very last warning and gave Kiddwaya a strike for doing the disrespectful act the second time. He warned them that they both have one more strike left for them to be disqualified from the show.

Organisers of the show had earlier promised a major shakeup today and the question is if this it or there are more to come. What do you think?