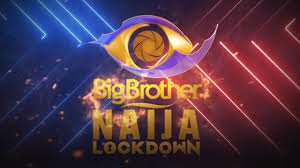 Wathoni Speaks On Kiddwaya And Erica

Wathoni has opened a new page about Erica and Kiddwaya’s sexual rumps in the BBNaija lockdown house. The already evicted housemate in a recent interview gave another confirmation to the recent information given by Erica that they have been sexually involved in the show. She said, “I know about everything that has been going on. They’ve been doing bad stuff and I knew about it. Sometimes I see them.“

Housemates Get In Trouble

The housemates had a low day and it was pretty obvious from the way they have carried out personal chores and conversed with each other. In a bid to liven the house up and put themselves in good spirits, they had a conversation that put them in trouble. The housemates got talking about audition processes, just weeks after Biggie had sternly warned them again having confidential conversations. He handed Erica a final warning to deliver to her colleagues and the housemates immediately comported themselves accordingly.

This morning, while talking with Laycon, Dorathy said that she could never be like Erica in light of going publicly displaying affection with her boyfriend in the house. Dorathy said she may be needing a therapist because “It’s always hard for me to love because I know when I do I love too much and end up hurting myself. I need to visit a therapist about my heart.”

Just because the diary sessions were not held on Thursday as usual, it was pushed to today. Dorathy was the first to come in and she complained about the low mood in the house and it looks like it was a general problem because all the housemates said the same thing. She also spoke about her issues with Lucy as expected.

Biggie asked questions about the fights that have happened in the house so far and coincidentally, every housemate spoke about Lucy’s fight with Neo, Erica, Prince and Dorathy. To most housemates, Lucy was the faulting party but Lucy did not think so.

Prince named two housemates that Erica feared would frustrate her Head of House regime because of the previous issues they have had and he names Vee and Lucy as the two people who could potentially frustrate Erica.

Kiddwaya told Biggie that he has noticed that some housemates are becoming more open. He couldn’t place if it was because of the recent evictions or that the housemates were not in great terms with themselves but more housemates are being open about how they felt and he described it as ‘a volcano ready to erupt at any time’. Please,Biggie’s house is definitely not equipped to handle a volcano so the Lockdown housemates better keep calm.

Laycon says that he would like to be just like Biggie someday because he always knows the right things to say. He had complained bitterly about missing HoH games and Biggie asked him to not worry about the things he can not control, this was when he said this. Laycon, do you plan on leaving music to be Biggie?

Literally, all the housemates that came in spoke about the solemn mood in the house and also about Lucy being a troublesome person. Well everyone except Lucy of course.

Neo has pranked the BBnaija housemates by hiding their beddings. After the arena games yesterday, Neo notice that his pillows were missing and that was when he raised the alarm, the other housemates found out that their pillows are also nowhere to be found. At that point, the whole housemates became confused as to what was going on and they all resulted in the fact that Biggie was responsible. They thought it was punishment for sleeping too much and just maybe it is. Anyway, after they left, Vee, Ozo, Neo and Nengi agreed that Neo should hide the duvets of all the housemates which he did. The others still don’t know what’s up but we do.