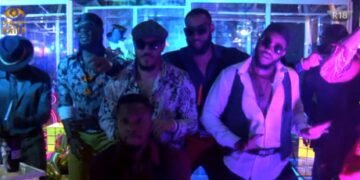 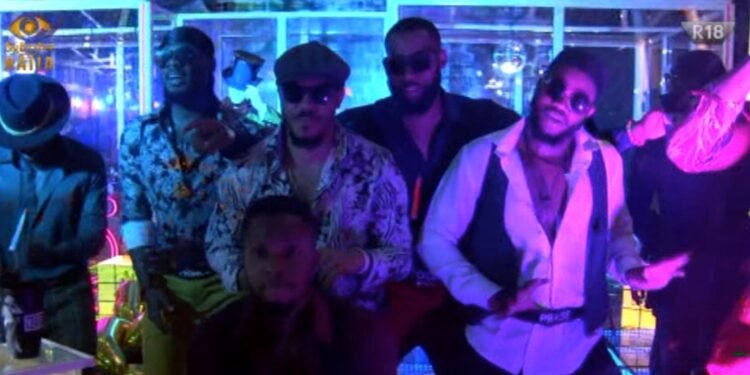 The BBNaija 2020 housemates definitely had a good day, who wouldn’t after winning $500 worth of bitcoins.
Today the housemates had a challenge were they were tasked to know as much as possible about the sponsoring Cryptocurrency brand. They had a trivia and also created adverts for the brand.

They were divided into six teams of 3. All six teams presented their ideas and when it was time to announce the winner, Biggie surprised the housemates by saying that in fact all housemates won, earning themselves the luxury bitcoin card worth $500. Jolliment!

This win put the housemates in the mood for a good party and they went preparing for the party. 10pm and the party was set in motion with Dj Consequence on the turn table. Ladipoe also performed his hit songs ‘Jaiye’ and ‘Know you’ at the party.

There was a little bit of drama going on though. Laycon and Erica put us in a confused state. Recall that they resolved to stay out of each other’s way but at the party tonight, they couldn’t keep their hands away from each other.

Prince and Tolanibaj gave us some couple goals moments too as they were dancing together for most of the party. Prince also drew her into a warm embrace when Patoranking’s ‘my woman’ came on. Aww

The three squabbling musketeers- Tolanibaj, Vee and Wathoni made up during the party too. We caught them laughing and hugging. We love to see a Kumbaya moment.

Finally, who else noticed the closeness between Eric and Wathoni? No comments for now but Lilo must be fuming in her chair.