Wisdom Macaulay, elder brother of Annie Idibia has retracted his claims against his sister, faulting depression for his recent outburst.

Wisdom has on Wednesday accused Annie Idibia of failing to pay him for the jobs he has done for her while alleging that she introduced him to crack, and she is an addict, an allegation Annie said are all lies.

The disturbed brother in another video shared on his Instagram page on Saturday has made a U-turn and retracted all claims against his sister, claiming them false.

Wisdom Macaulay took his time to apologize to his sister, the husband and the whole Idibia family, not leaving out his mother and wife.

He revealed that Annie Idibia is not a drug addict, and neither is he, as he has never seen her on drugs.

Annie’s brother said his outburst was an effect of chronic depression while pleading with the sisters’ colleague to help beg Annie Idibia for forgiveness.

Wisdom said, “I want to use this opportunity to apologise to my sister, Annie Macaulay-Idibia, to her husband and the entire Idibia family. I also want to apologise to my mother, my wife and my in-laws. I am deeply sorry for my outburst some days back.

“I want to use this opportunity to reach out to Annie’s colleagues to plead with her to find a place in her heart to forgive me. My sister is not on drugs; neither am I. I have been undergoing depression, and I am deeply sorry.

“Thanks to all the people that have reached out to me from all over the world and those around me that have given me support and strength in this troubling time.” 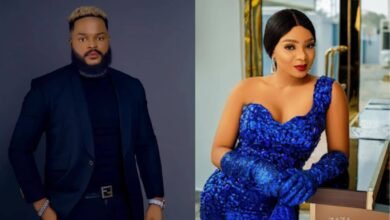