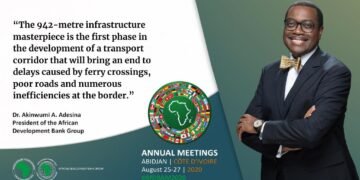 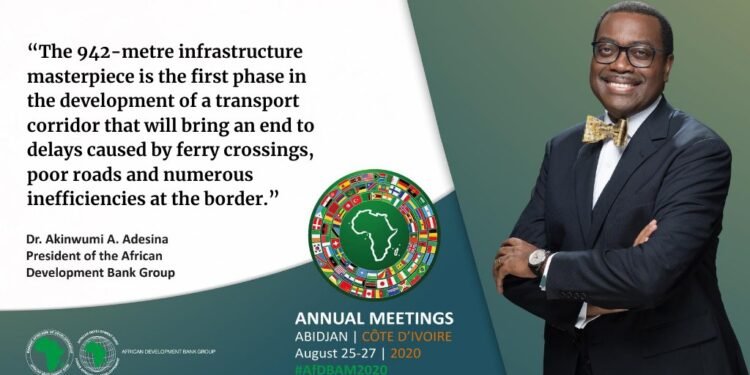 Adesina in what he tagged High5 Impact over the past 5 years also stated his commitment to building on the strong foundations of success achieved in the past five years.

During his swearing-in ceremony on Tuesday, the oath of office was administered on him by Ghana’s finance minister and chair of the AfDB board of governors, Kenneth Ofori-Attah.

The AfDB president, who was sworn in at the Bank’s headquarters in Abidjan, Cote d’Ivoire stated that the future beckons for a more developed Africa and a much stronger and resilient African Development Bank Group.

He revealed that the Bank’s High5 programs have impacted 335 million people and expanded its presence to 44 countries, including fragile states.

Adesina said the Bank will drive Africa’s growth further, deeper and faster to build a stronger and more resilient Africa.

According to him, more than ever before, AfDB will expand partnerships in the area of finance, knowledge and investment.

You will recall that Adesina, who was a former Nigeria’s Minister of Agriculture was first elected in May 2015 before he was re-elected on Thursday, August 27, 2020.

Reacting to his re-election, President of the Republic of Guinea Bissau, Umaro Sissoco said having an election with 100% of votes is something that could serve as a roadmap for Adesina to forge ahead in his mission.

Meanwhile, Liberia’s President, George Weah stated that Adesina’s re-election signifies Africa and the world’s confidence in his leadership adding that Liberia looks forward to continued partnership under his leadership.

Also, Rwanda’s President, Paul Kagame said Adesina has led the bank with integrity and purpose over the past 5 years adding that the next five years promise to be even more noteworthy.