Just when we thought everything was going well with Mercy and Mr H, Mercy stirs confusion with a new video. Unplug today gives you the update on your favourite celebrities, sports stars, national and foreign news.

Self-acclaimed star girl, Erica Nlewedim considers a meet and greet in Dubai amid current Covid-19 concerns. Erica is currently on a sponsored vacation to Dubai and Accra.

BBNaija season 4 winner, Mercy stirs confusion about her love life as she is sighted with a new man just a month after being seen with her alleged lover known as Mr, H. This new man has been speculated to be an American-based Nigerian from Abia state called Tana.

Davido pitches his tent in the Bobi Wine camp for Uganda Elections. The Nigerian singer endorsed his Ugandan colleague and Presidential candidate, Robert Kyagulanyi Ssentamu aka Bobi Wine as his preferred candidate for the position of President of Uganda.

Nigerian- American comedienne and actor, Yvonne Orji is set to produce her autobiography comedy series called ‘First Gen’ for Disney +. This series will be co-produced by David Oyelowo and Oprah Winfrey.

Controversial thought influencer, Reno Omokri has said that according to the teachings of the bible, it is impossible to be a feminist and Christian at the same time. He said that those who claim to be both are deceiving themselves.

Popular Nigerian DJ, Spinall recounts how Tiwa Savage collapsed on the set of the music video of their hit song, ‘This Love’. According to him, he felt so scared seeing that he was the one that forced her to come for the shoot at that time after an extremely long flight to London.

Music executive, Soso Soberekon thanks God as he survives a ghastly car accident. He shared this with his followers on Instagram with a caption thanking God for life.

Nollywood actress, Sotonye green dies from COVID-19 complication. Her friend, Debby King alleged that her death was caused by the negligence at the Yaba isolation centre.

Nigerians pay tribute to men of the Army as we mark the 2021 Armed Forces Remembrance Day paying special respect to the fallen heroes who dies fighting for the country.

According to the reports from GYB2PYB, 15 million Nigerian youth endorse Governor Yahaya Bello as President of Nigeria come 2023.

On Uganda elections, seating President Museveni is leading the polls with 65% while Bobi Wine is trailing with 27%.

Didier Drogba and wife separates from his wife, Lalla after 20 years of marriage. He asks the public to respect their privacy at this time.

Madrid knocked out of Super Cup by Athletic Bilbao. 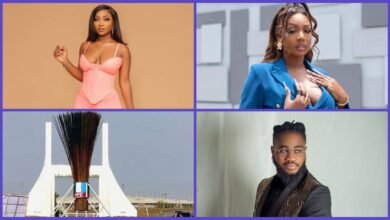 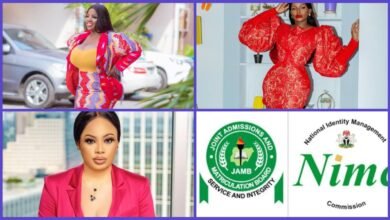