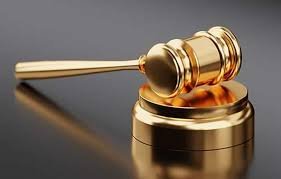 Woman Seeks Divorce, Says Husband Force Her To Have 15 Abortions

A nurse, Shukurat Adewumi has on Monday approached a Customary Court sitting at Mapo in Ibadan to seek the dissolution of her 17-year-old marriage to husband, Adewale.

In a counter-argument before the president of the court, Chief Ademola Odunade, Skukurat said her husband forced her to have 15 abortions hence, putting her life at risk.

The mother of three disclosed that her husband denied the paternity of her three children adding that she took care of her husband who returned home ill some years ago when he left her to live with his concubine.

Shukurat, who accused her husband of smashing a cylinder on her forehead because she tried to prevent him from taking it away said Adewale has married two wives elsewhere.

Meanwhile, in his earlier account, Adewale, a factory worker said that he filed the suit due to his wife’s constant threat to his life as he further accused her of causing him so much embarrassment.

In his ruling, Odunade who was represented by Alhaji Suleiman Apanpa dissolved the marriage in the interest of peace and awarded custody of the three children to the respondent and ordered the petitioner to pay N15,000 as their monthly feeding allowance.