Marriage is not a bed of roses. Two people come together for a lifetime journey, and it comes with its challenges. But what could make a woman tell a witch doctor to do evil to her husband? Why would she make such a drastic decision?

A Customary Court sitting in Mapo, Ibadan, on Thursday dissolved a 15-year-old marriage between Olubunmi Faseyitan, a mother of two, and her husband, Kolawole, over suspicion of ”witchcraft”.

Kolawole, who prayed for the dissolution of his 15-year-old marriage because his wife was a black magic practitioner, said he did everything possible to please her. But it was not enough.

He also presented the recorded conversation between his wife and the alleged witch doctor as part of the evidence before the court.

In her defence, Faseyitan told the court that she did not want her husband dead. She recounted that she only wanted her husband sick and in bondage until he had served his purpose.

She also noted that she wanted the witch doctor to do it so that people thought the second wife was responsible for the evil befalling him.

Delivering Judgement, President of the court, Chief Ademola Odunade, dissolved the marriage after Faseyitan admitted that she asked a witch doctor to ”tie her husband spiritually to milk him dry”.

He said that he decided to dissolve the union for the sake of peace and granted custody of the two children to Faseyitan. 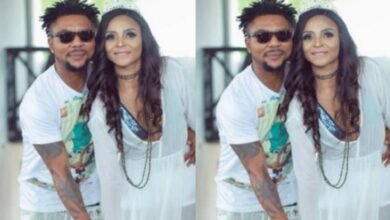