In the Nigeria of today, entertainment is rated above education. Pageants and reality TV show participants and the likes are rewarded with cash prizes, exotic cars, and endorsement deals. Nothing of such can be said of geniuses that broke existing records in their institutions. It is therefore noteworthy to congratulate Ekene Franklin Ezeunala who was the overall best candidate in this year’s Unified Tertiary Matriculation Examination (UTME). The young lad has received his $40,000 presidential scholarship award from the representatives of the Academic City College, Ghana.

Ekene Franklin Ezeunala, a student of Meiran Community Senior High School, Lagos, scored 347 out of a possible 400 in the UTME – the highest in the country. The lad received the scholarship not just because he scored the highest in the UTME but because he had been recommended by Prof Adewale Solarin, who runs the non-profit organization, International Academy for the gifted. Ekene was presented the scholarship in the presence of his mother, Mrs Chinelo Ezeunala, a team from his school led by the Vice Principal, and Prof Solarin at the University’s Lagos office in Isolo.

Solarin, a Professor of Algebra at the National Mathematical Center, Abuja, said Ekene was recommended for the scholarship because he had been ranked as gifted. The expert said the student participated in international competition such as American Mathematics Competition (AMC) and Kangourou Sans Frontieres (KSF) Mathematics competitions, which involved children from about 120 countries.

The presidential scholarship award received by Ekene covers tuition, hostel, feeding, books, laptop, air ticket from Nigeria to Ghana and back. Insurance and a monthly stipend of $300 when school is in session are also included. He would also benefit from the institution’s small class size, well equipped facilities, practice of yearly internships, action-based learning that allows student to practice what they learn and entrepreneurship training.

The 3 Major Sins Of NYSC Scheme 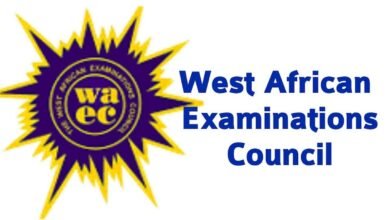 April 6, 2021
Check Also
Close
Facebook Twitter WhatsApp Telegram Line
Back to top button
Close
We use cookies on our website to give you the most relevant experience by remembering your preferences and repeat visits. By clicking “Accept All”, you consent to the use of ALL the cookies. However, you may visit "Cookie Settings" to provide a controlled consent.
Cookie SettingsAccept All
Manage consent