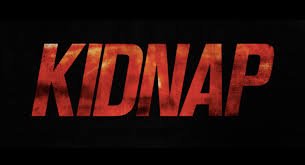 A Twitter user identified as Chioma who narrowly escaped kidnap recently has taken to her Twitter handle (@Chioma_Ajebota) to narrate how her experience in the hands of some notorious cultists.

According to @Chioma_Ajebota, she was about boarding a Keke (Tricycle) to Jakande estate Isolo from Ilasan when a man tapped her from behind and went away after she ignored him.

The Twitter user didn’t take it as anything until a second man did exactly what the first did but this time he didn’t go away, instead, he threatened her with a gun.

The unidentified man asked her to go and apologise to his fellow cult member for wearing their colour and disrespecting him.

Fearing for her life, Chioma went ahead to apologise and that was where she met the supposed ‘Number 1 man’ of the cult.

They accused her of being an informant and asked her to quietly follow their leader.

She mentioned that during this life-threatening walk she could count at least six other men that were positioned in different areas.

Still taken aback by what was happening, Chioma tried to convince the armed men that she wasn’t an informant by showing them her call history but they insisted that she followed them into another Keke.

According to Chioma ‘… he made a statement that made me realize that they weren’t cultists but kidnappers, he said that I was going to see a keke drive by and park that I should enter it that I would be safe, that was when I realized I was in even more danger than I thought.

‘After he said that something woke up in me and I realized I had only a few minutes to either save myself or that was the end,.

The supposed number 1 guy turned to signal on of the guys and I made a run for it I crossed the road without looking.”

Luckily for her, she was able to escape unscathed. She advised women to be careful even in broad daylight as ‘Lagos isn’t safe’