Many prominent Nigerians have Congratulated the Alaafin of Oyo, Oba Lamidi Olayiwola Adeyemi III on the occasion of his 50th coronation anniversary which was postponed due to the Coronavirus outbreak.

The Oyo State Governor, Engineer Seyi Makinde, Speaker of the House of Representatives, Femi Gbajabiamila, and the Minister of Youth and Sports Development, Sunday Dare among many others have described the Monarch as a unifier and custodian of a rich cultural value.

Who Is Alaafin Of Oyo?

1.83-year-Old Oba Lamidi Olayiwola Adeyemi III emerged the Alaafin in 1970 and was coronated on Jan. 14, 1971, at the age of 31 as the rightful heir to the throne of the historic Oyo empire.

3.Lamidi’s father, the Alaafin of Oyo Oba Adeyemi II Adeniran, was deposed and exiled in 1954.

5.The Monarch is a lover of boxing, as he was a boxer before ascending the throne of his Fathers.

Everyevery.ng gathered that the contest to Oba Adeyemi III emergence began in 1968 when he was invited along with ten others from the ruling house to contest for the vacant stool of the Oyo Empire.

In line with the custom of the empire, there were three parameters with which the contestants were judged.

The parameters are Eligibility, popularity, and the stamina for huge responsibilities of the office of the Alaafin of Oyo.

However, Oba Lamidi Adeyemi emerged the first after he defeated ten others following a vigorous screening exercise.

Meanwhile, due to what was tagged political interference, the then government refused to endorse his appointment, hence, the process started over again until he finally emerged the 43rd Alaafin of Oyo.

COVID-19: Makinde Issues Directive On Cross Over Service In Oyo

COVID-19: Makinde Issues Directive On Cross Over Service In Oyo 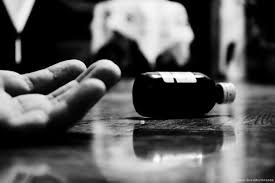