As part of efforts targeted towards seeking the support for the actualization of the Yoruba Nation, activist, Sunday Adeyemo also known as Sunday Igboho, has visited a famous spiritual leader in Nigeria, Guru Maharaj Ji.

According to Olayomi Koiki, the Spokesman for Igboho, Guru Maharaj Ji during the visit, threw his weight behind the call for the sovereignty of the Yoruba Nation. Also, he urged Yoruba sons and daughters to support the movement.

Maharaj Ji noted that Igboho is making efforts to ensure the sovereignty of the Yoruba Nation. The spiritual leader said that the sons and daughters of the southwest region could no longer keep mum in the face of the killings, kidnapping and hunger in the land.

Meanwhile, EveryEvery.ng gathered that there was tension in the premises of Ataoja of Osogbo, Oba Jimoh Olanipekun on Saturday when supporters of Igboho clashed with operatives of the Department of State Service.

You will recall that Igboho and his supporters on Saturday stormed Osogbo, the capital of Osun State. He joined other protesters who had stormed the streets at the venue of the rally.

While speaking at the protest, Igboho declared no election in Yoruba land in 2023, adding that the Yoruba people should depart Nigeria (read more here). 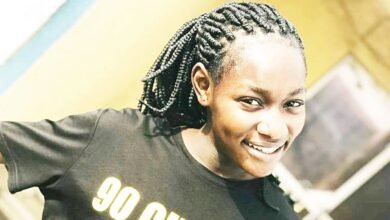 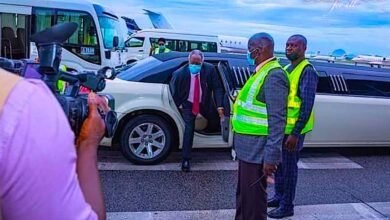