At least three soldiers were reportedly killed in a shootout with armed bandits in Kabasa village of Magami District in Gusau local government area of Zamfara State.

According to reports, the armed bandits arrived at the community on motorcycles on Tuesday, firing at people.

A resident said apart from the soldiers, seven other persons were killed in the incident.

In his words, “The whole community was thrown into pandemonium as several other residents trying to escape the attack were injured. Seven people were confirmed dead in the attack“

In reaction to the ugly experience, Governor Bello Muhammad Matawalle through the commissioner of information Alhaji Ibrahim Dosara, said he received with shock the report of an attack by some “recalcitrant bandits” who unleashed mayhem on innocent people in Kabasa village of Magami district in Gusau local government area of the state.

Meanwhile, the Nigerian army is yet to the unfortunate incidence as at the time of this report. 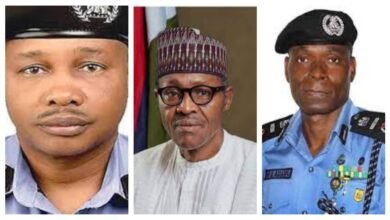