Shay’s response is coming barely twenty-four hours after a viral video shows how Shay and Tiwa had a public show of shout when they met at a salon in Lagos.

During an interview, Shay, who narrated her part of what led to the faceoff, explained that Tiwa blew hot about twenty minutes after saying Hi to her at the salon they met.

However, Shay doubted if the F*ck you challenge she participated in some years back could be the reason for Tiwa Savage’s anger.

Explaining further, Shay accused Tiwa of failing to give her credit for co-writing Mr Lover Lover, a song she performed in America.

Shay added that she has gone through three years of soul searching, prayers and fasting; the singer also talked about how she battled the trauma of miscarriage.

During the faceoff, Tiwa challenged Shay to say whatever she knows about her publicly as she swore that God should kill her only child if she had any bad intention against Shay.

Over the years, Tiwa Savage has had a heated beef with Victoria Kimani and Seyi. There indications that the two have ganged up against her, attacking her on social media, during interviews and in songs.

Seyi has reportedly blocked Tiwa on Instagram. Tiwa wondered why Seyi would walk up to greet her when they meet as if all is fine between them amid all the bad blood. Tiwa said she hadn’t done anything to Seyi always to attack her as she does.

EveryEvery.ng reported that Seyi Shay recently shared her reason for not taking pictures with her male fans and colleagues anymore. The singer said that she was intentionally avoiding rumours of an affair with anyone.

“I’ve taught myself not to pose with random guys (‘fans’) or some famous male figures because what usually follows is rumours that we’re dating. To my hot girls dem, We move!! #Pempe, every hot girl’s anthem, drops at Midnight.”

According to the singer, being a pretty woman in the entertainment industry comes with its cons. She said many people might misconstrue the nature of her relationship with other men in the music industry.

Seyi Shay Shares Why She Stopped Taking Photos With Men

Seyi Shay Shares Why She Stopped Taking Photos With Men 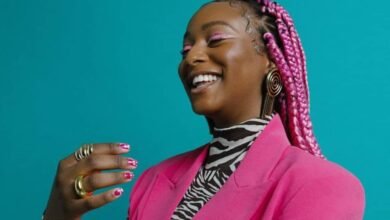