Nigerian music producer, Samklef has called out Nigerian music stars out for making stardom get into their heads. He mentioned the likes of rapper Ycee, Yemi Alade, Simi while chasing clouts with Wizkid.

Samklef was very popular in the Nigerian music industry some years ago as he made hit after hit. Little have been heard about the music producer except for calling out other stars in the entertainment. He called out Wizkid out sometimes ago but they soon came to be in good terms again.

This time, the ‘Noni’ crooner mentioned the likes of Ycee, Yemi Alade and Simi on his Twitter thread. He accused Ycee, whom he said came into the industry a few years ago for ignoring.

He also claimed fame had got into the head of Simi and Yemi Alade because they’ve ignored him in some occasion despite that, Wizkid who is the biggest in the industry still finds time to check upon him.

He tweeted concerning Yemi Alade ‘’So one day I dey South Africa with my guy Lekan. I come see Yemi Alade come greet her. Omo u need to see the way she do. I just go unfollow her straight. Pikin wey I know before stardom’’

Rapper Ycee has since replied Samklef as he tweeted ‘’I’ve been making music since 2011 OG. You reached out to me to work with your artist not with you, at the time I was under management (which we all know how they were now). You’ve made several snide remarks about this and I have ignored. Please I have mad respect for you baba’’

Others are yet to respond to these claims by the Wizkid’s ‘Don’t Dull’ producer although he has been set on fire by music fans who claimed he’s only trying to be relevant again.

Do share with us your thought on this piece in the comment section. Thanks for reading this piece.

Samklef Takes New Path for Erica on Her Birthday

Nigerian Celebrities in Love with Nollywood

Samklef Takes New Path for Erica on Her Birthday

Nigerian Celebrities in Love with Nollywood 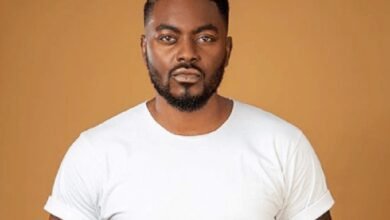