The numerous ritual killings recorded in recent times in Nigeria have triggered a clarion call from members of the House of Representatives, charging the Federal Government to immediately declare national emergency.

Reasons, according to the house is to make sure that the perpetrators of the crimes are caught and arrested to help in preventing such heinous developments.

They also called on the National Orientation Agency, NOA, parents, heads of schools, religious leaders and the media to undertake a campaign to change the negative narrative bedevilling the society.

The resolutions of the House came after it considered a motion, entitled: “Need to Curb the Rising Trend of Ritual Killings in Nigeria,” presented at plenary by the Deputy Minority Leader, Toby Okechukwu, under matters of urgent public importance.

Presenting the motion, Okechukwu noted that the incidents had assumed an alarming rate in Nigeria in recent times.

Okechukwu said there was an upsurge of reported ritual killings with increasing cases of abductions and missing persons in different parts of the country, which in most cases, the culprits also rape, maim, kill and obtain sensitive body parts of unsuspecting victims for rituals. 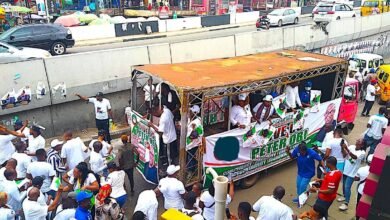