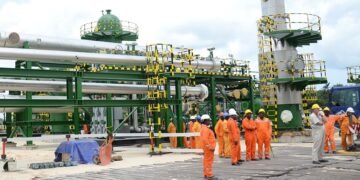 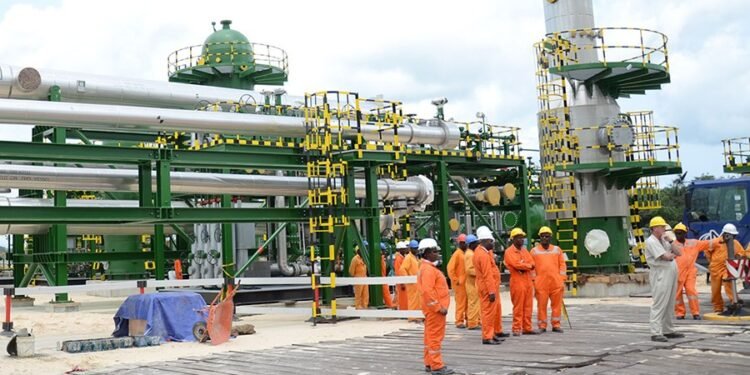 The Corporation explained that the leadership of the NNPC led by Kyari within one year of his stewardship brought the project on track after several failed attempts to commence project activities in the last thirteen years.

NNPC stated that the project which is expected to be completed within a 24-month timeline was awarded at a competitive price and before it was eventually flagged-off in June 2020.

It was gathered that project feasibility and Front End Engineering Design was carried out by a German company (ILF of Germany) in 2014 after a project bankability study was conducted.

Meanwhile, the bankability study was carried out by Standard Chartered Bank to confirm the appetite for attracting financing from the international community.

Also, the Kyari-led NNPC approved the re-negotiation of the contracts and obtained a further reduction of about $300m when financing was not to be provided by the contractors.

The reduction which was targeted at creaming all financing cost associated with the tender was later reviewed and approved by the Federal Executive Council in March 2020.

However, the Corporation’s Group General Manager, Group Public Affairs, Dr Kennie Obateru has dismissed the allegation that the project was inflated to the tune of $1.527bn.

In a statement that issued in Abuja, Obateru described the accusation by an online medium against the National Oil Company as false adding that the NNPC was considering instituting legal actions against the medium.

NNPC reiterated that the AKK pipeline project is one of the key landmark projects that has had transparent processes from inception to date.

The AKK project is a section of the Trans-Nigeria Gas Pipeline with the capacity to transport about 2.2 billion cubic feet of gas per day.