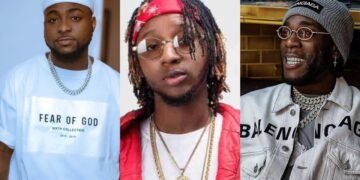 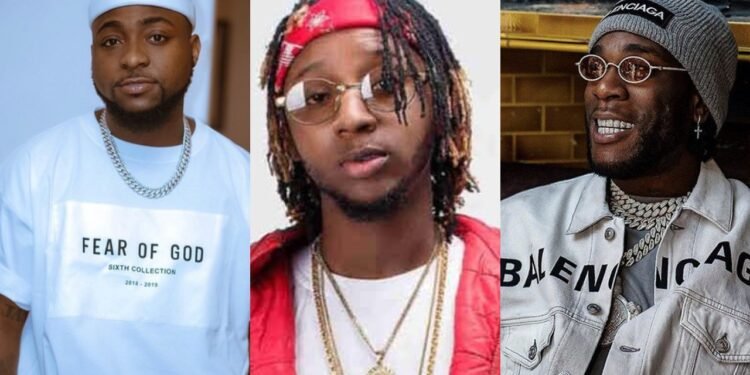 Davido & Burna Boy have been in a clash of words severally on social media while fans of both artistes have taken it up. They have both allegedly released songs which fans have regarded as diss songs.

Fans of both artistes have found meaning to their social media posts which has made rapper,Yung6ix concerned about the end of matters.

In a recent post shared to his official Twitter account, he advised that the singers squash their beef to keep their loyal fans from taking the issue to another level.

According to Yung6ix, Davido & Burna Boy have loyal fans which might take the beef to an undesired level.

His tweet reads, “David and Burna gotta end that beef cux the peeps around em are so loyal they can take it to the next level.

“On God u know n—gas ready to let that 400 sing for you, let’s not take it to that level cux all it takes is one wrong scene.

“Nobody wins when the family feuds” he added.

Recall that Burna Boy made a post recently on Twitter that was seen as a shade by fans of Davido. The self-acclaimed ‘African Giant’ had written ‘Floppy Disk’ on his Twitter page.

Fans of Davido saw the post as a way of rubbishing Davido’s new album, ‘A Better Time’ which was released Friday, 13th of November.