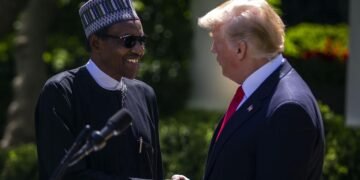 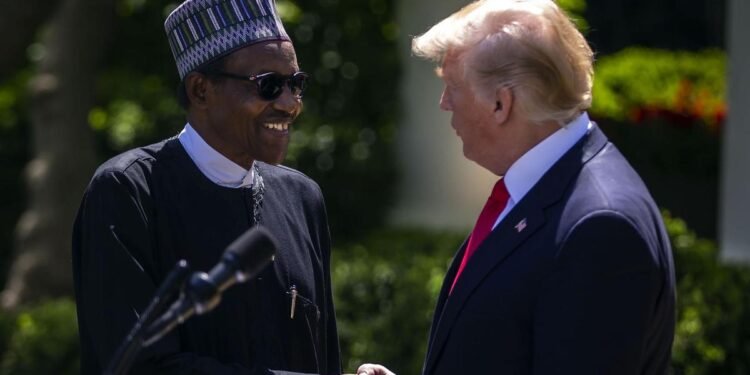 President Buhari Reveals Detail Of His 2018 Meeting With Trump

The First Year Ministerial Performance Review Retreat of President Muhammadu Buhari’s second term has given him the opportunity to reveal one of the questions he was asked by the US president, Donald Trump in April 2018.

During the Tuesday retreat, President Buhari disclosed that Trump called him into his office at the White House to ask him the motive behind the killing of Christians in Nigeria.

Buhari said he had to explain to Trump that the killings have nothing to do with ethnicity or religion.

The President added that he made it known to Trump that the killings were due to a clash between cattle-herders and farmers, which according to him was caused by climate change, population growth and the leadership failure of previous governments.

Buhari, who said he was about the only African amongst the least developed countries that the President of the United States invited into his office added that the meeting was between himself and Trump adding that only God is a witness.

Meanwhile, President Buhari had during the retreat charged his Ministers to defend the government vigorously and not allow irresponsible & politically motivated activists to keep spreading patent falsehoods about his administration.

Buhari, who further challenged them to go on the offensive said he was proud of the achievements recorded by his administration adding that the Ministers should blow their trumpets.

Everton Completes their Third Signing of the Season