Former Governor of Ekiti State, Ayodele Fayose, had President Buhari compared to Donald Trump, the outgoing President of the US on Tuesday.

How has Buhari compared to Donald Trump?

Fayose, who has been an ardent critic of the present administration, said Buhari would be described as a “low budget trump”. He would be seen that way because of the damages he has done to Nigeria in all ramifications.

The former Governor said on Twitter that just as Americans look forward to the exit of Trump’s administration, Nigerians cannot wait for the President Muhammadu Buhari administration’s end.

He stressed that all the values Nigeria had before Buhari’s tenure have been destroyed.

His tweet read: “As Americans look forward to the exit of Trump, Nigerians too cannot wait to see the exit of Buhari. The two can’t be forgotten in a jiffy. Buhari will be remembered like Trump because it is obvious that he is the low budget Trump when damages done to their countries are compared.

“Everything that matters has been destroyed under the watch of Buhari. All the values that we share as a country – economy, security, human rights, the rule of law, credible elections and unity of the country have been destroyed.”

This is coming hours to the end of the Trump administration. 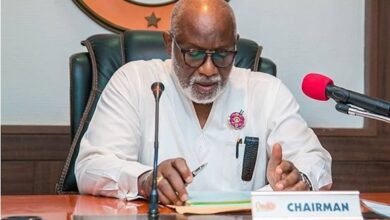