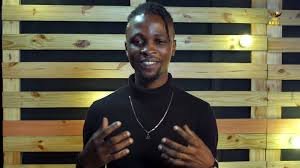 A certain man has been busted for scamming ICONS using a WhatsApp group. Earlier in the week, the official page of Laycon gave a statement warning Laycon’s fans to be careful and not to donate money to anybody on behalf of their favourite housemate. According to them, a certain account was opened with a little changes to the name of their favourite housemate, Laycon. This account allegedly being used to extort the fans to donate money for their fav.

Well, the man behind the fake account did not stop there. A WhatsApp group was also found where the admin of the account was asking the housemates to donate money for voting their favourite housemate.

A Reveal of Man Busted For Scamming ICONS

The person behind this account has however met their waterloo as the face behind the account was busted. The guy named Pato allegedly opened a whatsapp group and has been using it to defraud housemates under the guise that the money is for supporting Laycon, their favourite housemate.

See pictures of the suspect and the group details: