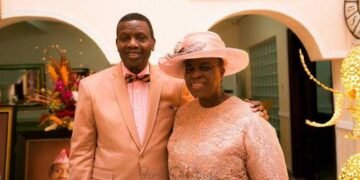 In a post on his Instagram page, Pastor Adeboye, who described his wife as a powerful woman noted that she remains submissive despite how powerful she is. 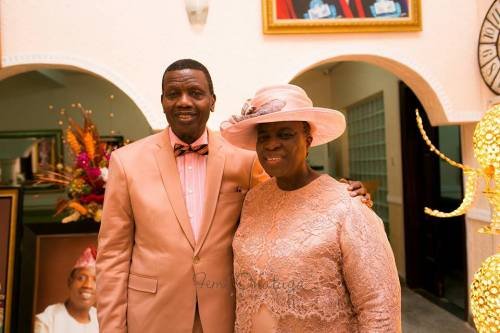 The General Overseer of the Redeemed Christain Church of God, RCCG, Pastor Enoch Adejare Adeboye has highlighted the various lessons young brides should learn from his wife, who clocks seven-two on Monday, July 13.

In a post on his Instagram page, Pastor Adeboye, who described his wife as a powerful woman noted that she remains submissive despite how powerful she is.

“Today is my wife’s birthday and there are lessons that women, especially so many young brides can learn from her. She is a powerful woman, I know that.

She has many people who take instructions from her, but as powerful as she is, and even though she has seen me in my weakest moments, I have no doubt that I am her head.

Pastor Adeboye advises young brides by emphasizing how his wife always support, respect and obey him.

“It does not matter what is on her itinerary if I say I would like you to go with me to so and so place the best she can do is try to convince me otherwise.

If I insist, she would cancel whatever she was to do and come along with me. The Bible in Ephesians 5:23 says:

The Cleric further stated that the husband is the head of the wife no matter how educated or successful the wife is adding that there is the need for wives to regard their husbands as the head at all times.

According to Adeboye, many men are misbehaving in their marriages simply because they want to establish that they are the head of their wives.

Pastor Adeboye, who described his wife as his number one fan referred to the book titled Mathematics of Marriage, which they coauthored and how his wife said she cannot help him without his instructions.

He continued by saying that his wife still cook foods and serves him by herself no matter her busy schedule.

The Cleric pointed to how some young ladies these days leave everything to the house help.

“My wife still trims my nails for me, there was a time when I was a teacher and was staying far from town. She had to cut my hair during that period. She is the only partner of the Adeboye Corporation; she doesn’t delegate her primary duties to anyone else.

He capped his birthday wishes by referring to how the book of Proverbs 31: 1-31 described a virtuous woman adding that he safely rest on his wife.

The cleric stated that his wife uphold anything he uphold as he also advised young brides to make up for their husband’s weaknesses, celebrate their successes and be his number one cheerleader.