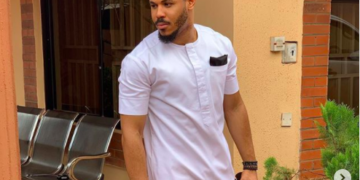 Big Brother Naija Housemate Ozo confirms being a family man to his love interest, Nengi while he packs his belongings prior to the eviction show coming up later this evening.

Well, this did not come as a surprise to many as he has earlier in the show talked a lot about how he adores his parents and would go any length for his sisters. Ozo has also said multiple times that he is a family man who believes in unity and harmony.

As he is up for eviction, he has made sure to pack his belongings, sort issues out with Dorathy and is preparing to miss his love interest Nengi if he gets evicted.