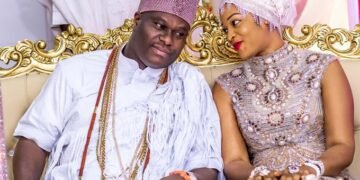 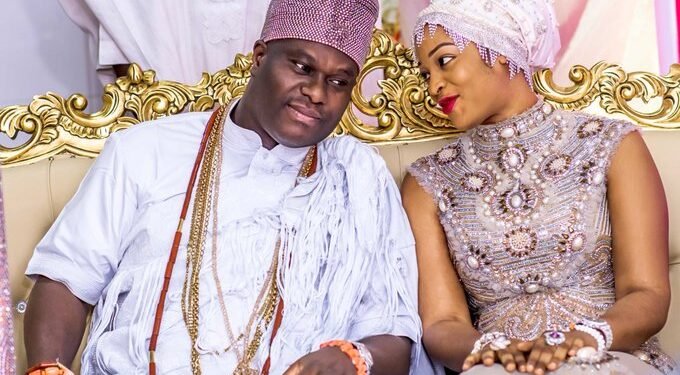 The Ooni of Ife, Oba Adeyeye Enitan Ogunwusi and his Queen, Olori Silekunola have on Wednesday confirmed the birth of their first child together as husband and wife.

In a tweet, the Monarch confirmed the cheerful news as he also Congratulated himself, the entire House of Oduduwa and Olori Silekunola on the arrival of their bundle of joy.

Earlier, there have been reports and speculations that the Ooni of Ife and Olori Silekunola had given birth to their first child together.

However, the Monarch did not deny or confirm the reports and speculations making the round on the birth of his baby boy until Wednesday, November 18 when he announced the birth of the Prince.

You will recall that the Ooni of Ife married Prophetess Silekunola after his marriage to Zaynab Otiti, formerly known as Olori Wuraola crashed.

Earlier, the Monarch had revealed that he would name his unborn prince after the 49th Ooni of Ife Oba Adesoji Tadenikawo Aderemi.