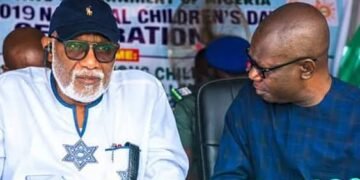 It was gathered that the state lawmakers were deliberating on the allegation of gross misconduct levelled against Ajayi. ﻿ 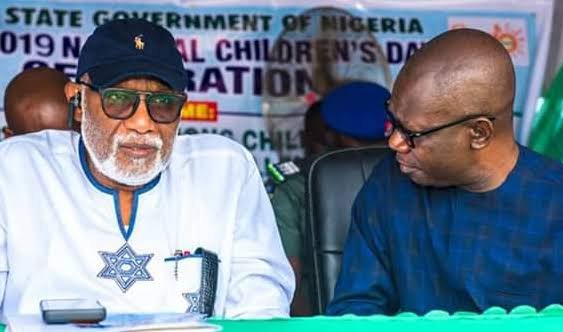 There are strong indications that members of the Ondo State House of Assembly have commenced the process of removing the deputy governor, Mr Agboola Ajayi.

It was gathered that the state lawmakers were deliberating on the allegation of gross misconduct levelled against Ajayi.

On the premises of the Assembly, scores of armed policemen and the men of the Nigeria Security and Civil Defence Corps are present to maintain the law and order.

Earlier, Agboola had announced his decision to dump the ruling All Progressives Congress, APC for the Peoples Democratic Party, PDP following the dispute between him and the governor.

Agboola had also asked the governor to hand over the affairs of the state to him after the Governor announced that he tested positive for Coronavirus.

However, the governor on Monday, June 6 announced again that he had recovered from the virus after testing negative.

You will recall that the state Governor, Oluwarotimi Akeredolu also announced the appointment of a new Secretary to the state Government a few hours after the former SSG, Hon. Ifedayo Abegunde tendered his letter of resignation.